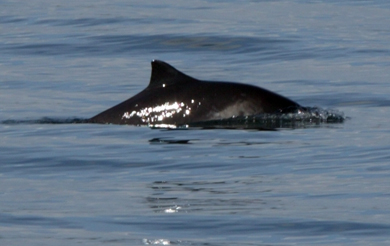 “This is a significant step forward for Northern Ireland’s seas,” says Kenny Bodles from the Marine Task Force. “The new proposals to protect harbour porpoise, seabirds and also designate new Marine Conservation Zones in Northern Ireland are extremely welcome. By creating a functional network of protected areas for our seas, we can make the crucial step towards not only safeguarding but also recovering the unique marine habitat and wildlife that lives on our doorstep.”

The harbour porpoise is highly protected under EU legislation and Northern Ireland is already leading the way having designated the UK’s first marine protected area for harbour porpoise in 2012 – the Causeway Coast and Skerries Special Area of Conservation (SAC) on the north coast.

The proposal for a new Special Area of Conservation in the Irish Sea is a significant step forward, according to the NIMTF. “We hope that with effective management and careful consideration of this species needs, these proposals will provide the extra protection and awareness needed for this highly mobile marine mammal”, Mr Bodles added. 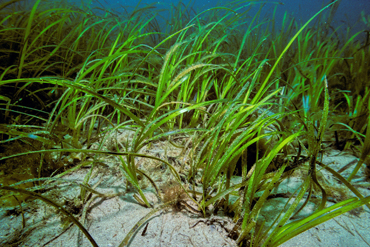 The NIMTF also welcomes plans for new Special Protection Areas (SPAs) around our coast to protect sea birds of European importance such as Manx shearwaters, red-throated divers and terns. These new areas will help form part of a wider network of Marine Protected Areas.

“These proposals will help meet our international commitments and ensure that our seabirds are fully protected,” said Ana Almeida, RSPB Marine Conservation Officer. She added: “We look forward to hearing more on the details of the proposed sites and what management options will be considered”

A new Marine Conservation Zone (MCZ) for Red Bay, County Antrim, has also been proposed. If designated, this MCZ will protect vulnerable beds of seagrass, a fragile plant which unlike seaweed, flowers and produces fruit and seeds. Seagrass meadows also provide a home and nursery grounds for a host of marine wildlife such as larval fish, crustaceans and marine invertebrates. Designating this area in Red Bay as an MCZ will add to the existing proposed network of new MCZ’s for Northern Ireland including: Rathlin Island, Belfast Lough and Carlingford Lough which were announced in December 2014.

Dr Jade Berman from Ulster Wildlife said: “The boundaries and management plans for all these protected areas must add value, whilst working with the relevant stakeholders. What we don’t want to see is a network of ‘paper parks’, which fail to offer the protection our seas desperately need.”

Four new sites that have been proposed for MCZ designation in Northern Ireland have been delayed from the process: Lough Foyle, The Maidens off Larne, Dundrum Bay and an area of seabed off the Outer Ards Peninsula.

“We are disappointed that these areas have not been progressed in the current process but are encouraged that they are being considered for designation in the future,” Mr Bodles said. “We would urge the Department to continue to investigate these vital marine habitats as we believe new, and effective protection in these areas is crucial if Northern Ireland is to achieve an ecologically coherent network of Marine Protected Areas.”