The City of Glasgow College, South Eastern Regional College, and the London School of Hospitality and Tourism at the University of West London all travelled to Buckingham Palace to prepare their canapé entries for tasting by the guild’s royal patron, HRH the Countess of Wessex, who then selected a winner.

Colleges were invited to submit six canapé recipes as part of their paper applications, with the final shortlist selected from over 30 entries.

National chairman of the guild, Christopher Basten, said: “This really was a once in a lifetime opportunity and the teams had such an extraordinary experience preparing their canapés in the Buckingham Palace kitchens and meeting the Countess of Wessex.”

Tutor Michael Gillies said: “I am delighted for the students who worked tirelessly in preparing for this major competition. The experience was fabulous and it’s a great achievement for the students to do so well.” 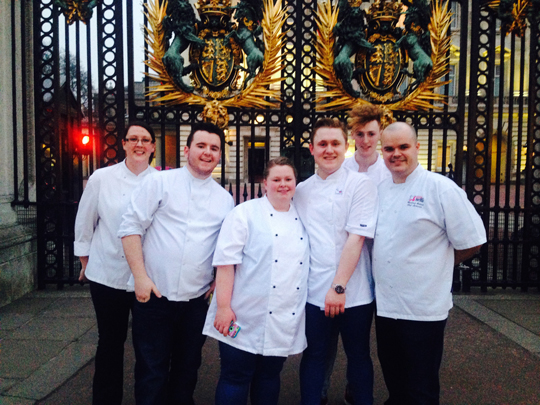