NEWCASTLE area SDLP Councillor Laura Devlin has spoken out after the recent issues with the Crown Bar in Belfast were replicated in Castlewellan.

Cllr Devlin said: “I was shocked to hear that King’s Inn and its neighbouring Off License ‘Bin 34’ voluntarily closed their doors when they realised that their liquor license had expired. 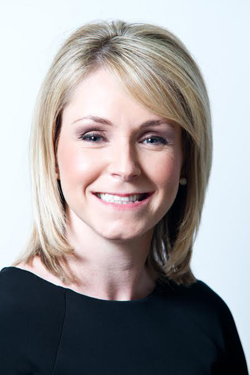 “Upon hearing this devastating news, I spoke with Seán Rogers MLA and an urgent question was submitted to the Minister with responsibility for such licensing.

“The current legislation is antiquated and in major need of an overhaul. Surely the Department should issue reminders to the licensee in advance of its expiry date.  The Minister has to realise the implications of such a temporary closure on the local economy.  Castlewellan, or any town for that matter, cannot cope with such loss of trade.

“As a former employee of Bin 34 Off License, I know only too well how the hotel and Off License are run and the great service that they provide to the town.  The King’s Inn, or the Chestnut Inn as it was formerly known, has been in the King family for generations and is synonymous with Castlewellan.  It is a business which is greatly respected and cherished by many.

“The Crown Bar in Belfast managed to get back up and running in matter of days however the Kings are being forced to wait until the beginning of March when their case will be heard.

“It appears that a licence holder in a rural area such as Castlewellan is treated less favourably than one in Belfast.  How is this fair? I will continue to make representations in support of these businesses.”