He is expected to take up his position in the near future to lead the preparations in the run up to the establishment of the new super council.  It will replace Newry and Mourne District Council and Down District Council on 1 April 2015. 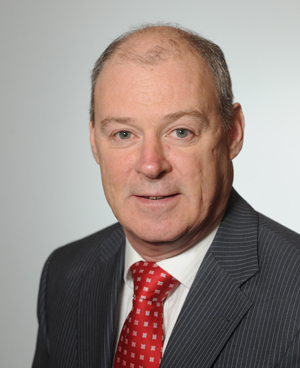 Mr Liam Hannaway has been appointed at the Chief Executive of the Newry, MOURNE and Down Council.[/caption]

Mr Hannaway has served as Chief Executive of Banbridge District Council in July 2007. Previously he served as the Council’s Director of Development.

Prior to joining Banbridge District Council, Mr Hannaway has held several positions within the Northern Ireland Housing Executive.  Recently he was Chairman of SOLACE (the Society of Local Authority Chief Executives) and is also a member of the Chartered Institute of Housing and the Institute of Directors.

Welcoming the appointment of Mr Hannaway, Cllr Michael Ruane Chair of Newry, Mourne and Down District Council’s Statutory Transition Committee said: “On behalf of the elected members of both Councils, I wish to extend our congratulations to Mr Hannaway. His knowledge, skills, ability and experience will be of great benefit to the new District.”

Cllr Colin McGrath from Down District Council and Vice Chairman of the Statutory Transition Committee also welcomed his appointment, and said: “We look forward to working with Mr Hannaway in forging the creation of a new Council to serve the people and the communities of Newry, Mourne and Down.”

Commenting on his appointment, Mr Hannaway said: “I am delighted to be appointed as the first Chief Executive of the new Newry Mourne and Down Council, my own Council area.   I relish the challenge of establishing this new organisation, with its wide range of functions and maximising the economic potential of this important District on the Island of Ireland.”