<![CDATA[ <p style="text-align: justify;">A recent report by the NI Audit Office has sent a strong message down the corridors of some government departments over their handling of Strangford Lough, the largest sea lough in the UK.

Strangford Lough is a heavily protected area in terms EU legislation such as being a Marine Nature Reserve, and has ASSI’s and a Special Area of Conservation status including RAMSAR sites, and the NI government could face fines of up to €800,000 a day in penalties from the EU for non-compliance of their demands to ensure the Lough is properly protected.

In its key findings, the NI Audit Office Report said: “In our view, the departments were too slow to react to the changes to the ecology of the Lough, and to public finances [infraction proceedings], resulting from the detiorating condition of the Modiolus [horse mussel] reefs in the years leading up to the Restoration Plan.” 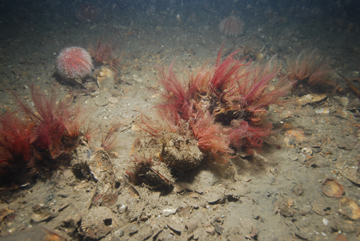 Jennifer Fulton, Chief Executive with Ulster Wildlife said: “Protection for Strangford Lough is long overdue. This report recognises the value of one of our most prized natural assets and we hope the recommendations led to a renewed commitment by government to protect and restore the Lough’s unique underwater habitat, which is vital to biodiversity and sustainable fisheries.

“We are encouraged to see that DARD and DOE are now taking their responsibilities seriously, making progress on implementing the revised restoration plan and hope this will still happen in light of huge budget cutbacks. Given Strangford Lough’s numerous legal protections and international designations, this report highlights the need to value and protect our natural assets, for once damaged, they are difficult and costly to restore.” 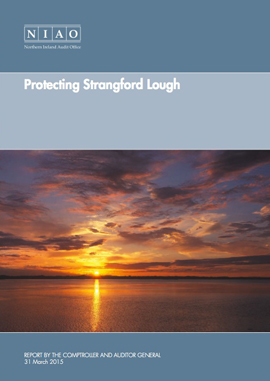 Northern Ireland NIFPO chief executive Dick James said: “The NI Audit Office has been quite critical of  DARD and the DOE in its handing of the horse mussel management issue. Basically as the case against the fishermen on the lough is unproven, the fishermen who were forced to give up their livelihoods  should receive compensation as agreed in a Stormont debate in 2013.  Local fishermen have been restricted from horse mussel fishing and also cannot fish for crabs and prawns in Strangford Lough either as part of the legislation introduced.

“A recent survey found that in a 300 metre line only 14 horse mussels were identified. This is very surprising considering there were divers surveying this on both side of the survey line.  It is a very low incidence and suggests that the horse mussel in Strangford Lough is in critical decline.

“Professor Kaiser from Bangor University has reported that due to run off from dairy farms into Strangford Lough, this may be a likely cause of the decline causing environmental changes that the horse mussel is very sensitive too.

“In decades gone by,  the horse mussels were protected from the ravages of starfish but that bottom cover of growth etc on the bottom seems to have disappeared and they are now more vulnerable to these predators too which is also accelerating their decline.

“Fishing in Strangford Lough for prawns, lobsters and crab has been closed down and this now needs to be reviewed and the fishermen’s rights restored.”

A DARD Spokesperson said: “While the Minister welcomes the Audit Office’s report on ‘Protecting Strangford Lough’, it is inappropriate to comment in detail in advance of PAC’s review of the report and the DFP Minister’s considered response.

“While the European Commission formally opened infraction proceedings against the UK in March 2012, and which could have led to substantial fines, the Commission formally closed the case in late 2014, as a result of being content with the progress made by the Departments in implementing the 2012 Revised Restoration Plan. Indeed, nearly all of the fisheries related obligations within the Revised Restoration Plan have now been introduced.

“The Department remains fully committed to implementing the Revised Restoration Plan through the Restoration Working Group which includes representatives from fisheries, environmental, scientific and government stakeholders.

“DOE and DARD have already made significant progress on implementing the four key recommendations in the NIAO report, through more effective and regular Departmental meetings and participation in the Restoration Working Group and through the development of a Strangford Lough Pot Fisheries Management Programme with the Lough’s pot fishermen.”