<![CDATA[ <p style="text-align: justify;">Down District Council has finally gone out with a bang!

Thousands of people gathered in the Market Street Car Park in Downpatrick last Saturday evening in a Community Celebration and fireworks display  to mark the end of Down District Council’s 42 years in existence before it is absorbed into the new super council, Newry Mourne and Down District Council, on the first of April. 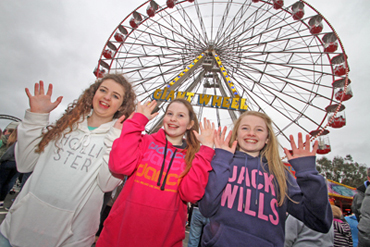 The main attraction was the Big Wheel and for a full four hours a queue formed for people to get up in the clouds over Downpatrick.

For the whole four hours, people from across Down District enjoyed the FREE carnival and there was not a tear in anyone’s eye but a smile on their face as they went from one activity to the next. Providing the main musical entertainment for the afternoon was the Just Adam Band and they rattled out many old and new favourites as the crowd danced along and joined in. 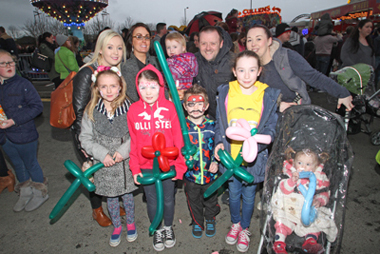 The Community Celebration was an enjoyable time for families across Down District.[/caption]

The dodgems were certainly the old chestnuts and the queue was almost as big as that for the Big Wheel which stood out across the Downpatrick skyline. But there were plenty of other activities such as the Miami Thrill Ride, bouncy castles, Kids Toy Train, facepainting, Balloon Modelling, and the Kentucky Derby Races. And there were a few tasty food stalls there too to ensure everyone was fuelled up with some tasty grub.

The Fireworks Finale  was the climax of the evening. As dark descended, Just Adam played off a few final songs and the fantastic pyrotechnic display exploded into the evening sky. Ot was an historic moment in County Down, and a way for Down District Council to say thank you top all the local residents. 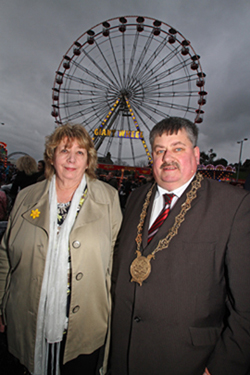 Councillor Billy Walker with his wife Marilyn Walker at the Community Celebration in Downpatrick.[/caption]

“I would like to pay tribute to all the Council staff who helped make this event such a great success and I wish all the staff every success in the future.

“I have had an excellent year, and attended almost all of my Chairman’s events in communities across our district. I have made many friends and reached out to many people.

“In particular I have been very supportive of the young people in our communities and they are our future and we must invest in them to insure we have a strong society in the future.

“My Chairman’s Inspirational Youth Awards saw over 300 attending in the Downpatrick Raceourse last week and I was deeply impressed at the young talent that is emerging in our area. 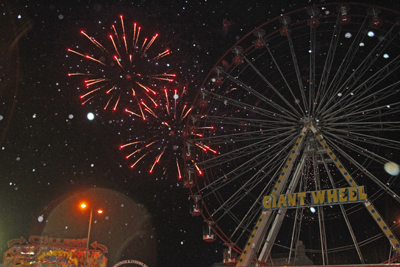 A spectacular fireworks display marked the end of Down District Council.[/caption]

“It remains for me to continue my work in local government now as a councillor in Newry Mourne and Down District Council and I look forward to this challenge ahead with the knowledge that my year in office in Down District Council has been a fruitful one, crossing many boundaries and shaking many hands. I hope in our new council we move forward positively.

“Finally I would like to thank outgoing Chief Executive John Dumigan for all his kind assistance and excellent advice and I wish him well in his well-deserved retirement. And I also wish Council Vice Chairman Dessie Patterson all the best in his retirement as a councillor.

“I am looking forward to helping to build a better South Down. There will be many challenges ahead, and I will be ready to meet them.”