<![CDATA[THE battle against underage smoking is continuing as Down District Council runs its test purchasing programme. This recent initiative is aimed at raising awareness among retailers about the legislation relating  to the Children and Young Persons (Protection from Tobacco) (Northern Ireland) Order 1991 and The Children’s and Young Persons (sale of tobacco etc.) [caption id="attachment_35616" align="alignleft" width="360"]<a href="http://www.downnews.co.uk/wp-content/uploads/2013/01/smoking_1.jpg"> 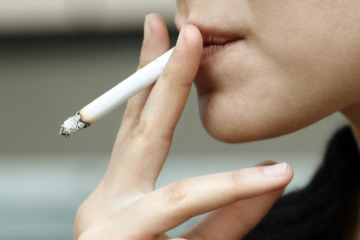 Down District Council is running a test purchase programme in local shops to raise awareness about tobacco laws and underage smoking.[/caption] Regulations (Northern Ireland) 2008 makes it an offence for them to sell cigarettes to anyone under 18 years of age. Similarly The Cigarette Lighter Refill (Safety) Regulations 1999, makes it illegal to sell any product containing butane to any person under the age of 18 years of age. Ensuring that children cannot purchase cigarettes is a vital part of a national programme whose aim is to reduce the number of children who begin to smoke cigarettes. During 2012, Down District Council carried out a number of test purchase exercises across the District testing for both cigarettes and butane gas. Over the year a total of 41 Retailers were tested and five shops failed the test and sold cigarettes or butane gas to children. Although this was a slight improvement on the previous year,  a Council spokesperson said that the Council is disappointed that the failure rate still remains over  12%. The offending premises have now been dealt with and although no prosecutions have resulted, it is envisaged that if Tobacco retailers continue to fail the Test Purchase exercise it is inevitable that prosecutions will be taken before the Courts. The test purchase process involves sending a person under 18 years old (under controlled circumstances) into retail premises to try and purchase cigarettes in order to ascertain if retail staff refuse the sale as required by law. It is the Council’s intention to take formal action against any retailers observed breaking this law by selling cigarettes or cigarette lighter refills to anyone under age. The test purchases will take place in the next 3 months. Down District Council Environmental Services Committee Chairman, Councillor Eamonn O Neill said: “All tobacco retailers are reminded that they must ensure that cigarettes and all related products are not sold to anyone under the age of 18 years of age. It is the responsibility of Tobacco retailers to ensure that all staff are well trained and confident to challenge anyone they suspect to be under eighteen to produce legitimate proof of age before selling any tobacco product. “Down District Council have recently been in contact with a number of tobacco retailers in order to ensure all staff are adequately trained and aware that staff can themselves be prosecuted if they sell tobacco products to children. Retailers should be aware that Test purchasing will again be taking place in the Council area in the coming weeks and this is an appropriate time to carry out refresher training with all staff members.”]]>