A group of the Shimna Wheelers took part in the Gran Fondo Giro d’Italia sportive on Sunday.

All of the group made the brave decision to tackle the 107 mile Mourne route which contained more than 8,000 feet of climbing! Over 3,200 cyclists took part in the inaugural Gran Fondo Giro d’Italia Northern Ireland event, which included professional cyclist Richie Porte who rides for Team Sky and past Giro winner and ex-Pro cyclist Stephen Roche. 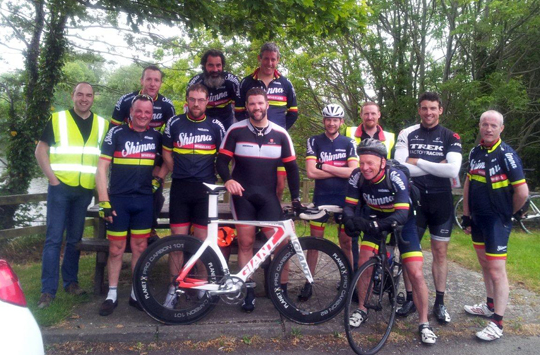 start and end setting on the Titanic slipway provided a stunning backdrop and gave the riders an idea of how the professionals must have felt last May on the Giro start line. There was a great atmosphere and sense of camaraderie among the Wheelers as they rolled along the challenging route. It was fantastic to see fellow club members, friends and family out along the route cheering on all those taking part. The event was well marshalled by both the PSNI and the volunteers and it allowed the cyclists to enjoy the rare experience of cycling on closed roads. 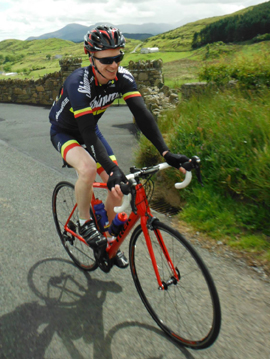 The organisers have said registration will be opening shortly for the 2016 Gran Fondo and we would encourage as many club members as possible to enter for next year’s event. Every Wheeler commented on how proud they were to be cycling alongside one another wearing the club kit.

Club members Aidan Hawkins and Jimmy MacFerran competed at the second round of the Gravity Enduro Ireland series in Ballinastoe Forest. Following a nasty crash on Stage 3 Aidan finished in 5th place in the Junior category. In the Pro category Jimmy finished in 8th place. Chapeau to both riders!

The Mourne Cycles sponsored TT league continued on Friday evening with riders battling against the clock on the Spa to Seaforde road. There were some fast times recorded by club members and guest riders over the 10 mile route. The top 4 Wheelers were only separated by 46 seconds and it was Adrian Kinley who was the fastest on the night. He was closely followed by Edward Shannon, Adrian Cunningham and Stevie Cunningham. 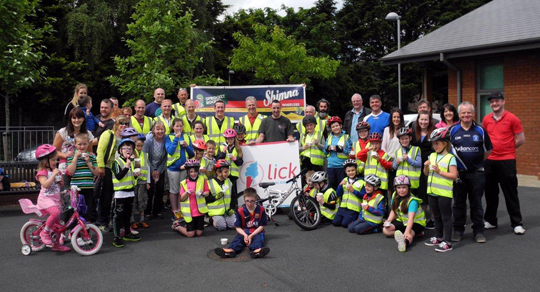 Guest rider Brendan Duff registered the quickest time of the night to take home the kudos!  It was great to see some old and some new faces at the TT. A big thank you is due to those members who put considerable effort into organising the TT league and to the volunteers on the night for marshalling the route. All members are encouraged to show their support by attending or marshalling at the remaining TT league rounds.

The Club is now gearing up for the Shimna Challenge sportive on Sunday the 12 July with members working hard behind the scenes for many months now. The sportive was held for the first time last year and was incredibly successful. With the help of all club members we aim to build on last year’s success and to grow the size and popularity of the sportive. Shimna Wheelers would encourage all members to lend a hand in the organisation and to support the event by asking friends, colleagues and fellow cyclists to get signed up for the challenge.

The 50 mile challenge option will take cyclists up the ‘S’ of Spelga which featured in the recent Gran Fondo. Team Sky rider Richie Porte was heard describing the climb as picturesque so why not come along and see it for yourself!

In advance of the official Shimna Challenge launch the club are pleased to announce Maud’s Ice Cream Parlour as the main sponsor. There are full details of the challenge available on the club website so please keep an eye there for any updates prior to the launch.