<![CDATA[ <p style="text-align: justify;">Local police in C District have warned those who continue to get behind the wheel of a vehicle under the influence of alcohol or drugs, that it will not be tolerated as officers crack down on those who continue to flout the law and put themselves and others at risk. 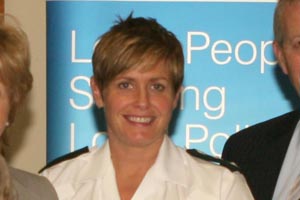 Down Area Commander Chief Inspector Deirdre Bones concerned at the level of driving through drink and drugs.[/caption]

Police are concerned about this rise and as a result, will be placing additional focus on tackling the issue of drink/drug driving.

Area Commander Chief Inspector Bones explained: “It is still shocking and extremely disappointing that despite all of the warnings, there are still people who disregard the safety of themselves and others by continuing to drink or take drugs and then drive.

“I know the vast majority of right thinking people do realise that drink or drug driving is shameful and unacceptable but clearly there is still an irresponsible minority who ignore all advice and warnings. These people risk killing or injuring themselves, their family, friends and other innocent road users.

“Over the next weeks and months, we will be focussing efforts on dealing with this. We will seek detections and prosecutions at every opportunity.

“I would like to thank those in our community who report instances of drink or drug driving and would encourage anyone who believes they spot an offender to report it immediately.

“The consequences of drink or drug driving can be life shattering. Think about the consequences to yourself and your family of being involved in a serious collision. How would you feel if your selfish actions resulted in a serious, life changing injury to yourself, a family member or another innocent person? What if you killed someone?

“The message here is a very simple one and we want local people to take heed – NEVER, EVER, DRINK OR TAKE DRUGS AND DRIVE.”

Provisional number of arrests for drink/drug driving related offences in Down Policing area.