Kathy Ward and Mark McConkey were sentenced on Thursday 11 October and given suspended sentences at Downpatrick Magistrates Court for their part in a fraud connected to La Mon Travel Agency in Downpatrick. 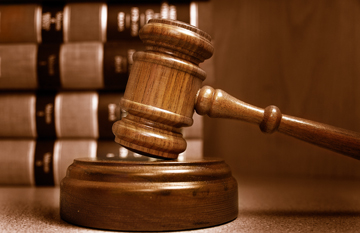 Ward and McConkey pleaded guilty to over 80 charges including Fraud by Abuse of Position, Fraud by False Representation, theft and forgery.

Speaking outside the court earlier, the Senior Investigating Officer, Detective Chief Inspector Joanne Harris, said: “Today is the culmination of a long and complex investigation by the investigation team who worked tirelessly over a four year period to bring this case to court.

“We would like to thank those victims for their steadfast support and patience throughout the lengthy police investigation and subsequent court process.”

Down Area Commander Chief Inspector Deirdre Bones added, “This has been a difficult time for the town of Downpatrick. The impact of this case, which commenced in 2010 and involved over 100 victims, has been felt widely by our community.

“As Area Commander I would also like to add my thanks to those expressed by DCI Harris and extend my gratitude for the ongoing support of the people of Downpatrick for local police.”

After the case was closed, the solicitor representing Ward and McConkey said outside the court that the pair apologised “unreservedly” for their actions. They have  since lodged £29,000 as compensation to the customers they defrauded.