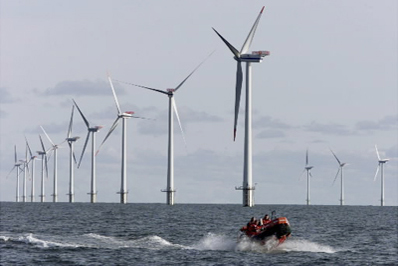 First Flight Wind has delayed its geophysical survey until later in the year or to early in 2015. [/caption]

First Flight Wind Ltd, a consortium comprising B9 Energy, DONG Energy and RES, planning to build a marine windfarm of the coast of County Down, has announced today that a geophysical survey, which was due to start later this month, is being delayed to later in 2014 or early 2015.

A spokesperson for the group said: “In the areas we were intending to survey we had agreed disturbance payments with fishermen for them to remove their pots. We are grateful for their co-operation and we shall, of course, be honouring these agreements.

January 16, 2021
We use cookies to ensure that we give you the best experience on our website. If you continue to use this site we will assume that you are happy with it.Ok