<![CDATA[FINANCE Minister Sammy Wilson has highlighted the benefit to communities across Northern Ireland realised from the de-rating of Loyal Order and other community halls in the Province. Mr Wilson said that those who own and manage the halls had saved £4.7million since the Democratic Unionist Party delivered the measure in 2006. The move has been welcomed by local Rowallene Councillor Billy Walker who said: "Over the years the DUP have lobbied for community groups being exempt from rates and it has now happened. We understood the benefits this would bring to our communities across Northern Ireland irrespective of their origins and backgrounds. [caption id="attachment_35089" align="alignleft" width="270"]<a href="http://www.downnews.co.uk/wp-content/uploads/2012/12/billy-walker.jpg"> 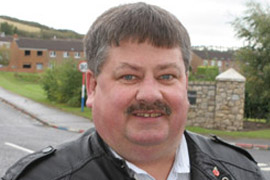 Rowallene Councillor Billy Walker has welcomes Finance Minister Sammy Wilson’s decison to rermove rating for community halls. .[/caption] “We are delivering on our manifesto promises set out some time ago. Organisations across the North will be delighted with this news.” Mr Wilson said: “The DUP recognised the key role played by Loyal Order and other community halls in Northern Ireland. Very often they are the hub of the community, and this is particularly the case in rural areas where often these halls are the only community facility. “One of the largest financial outlays for the halls during the year were rate bills which ranged from anything between £500 for relatively small halls often in rural areas to several thousand pounds for some halls in major towns. On top of this many halls were facing severe issues obtaining insurance because of uncertainty in compensation arrangements should it be attacked. “On both of these issues the Democratic Unionist Party secured vital changes, which lifted the costs from the halls, and from the community they are owned and managed by. It was from the pockets of ordinary members of groups such as the Loyal Orders that the money was coming from. “The saving of £4.7m which has been realised through the de-rating of these halls since the 2006/07 financial year is a direct saving to the community and has allowed the groups to expand the range of activities and services provided within the local area.” The savings to the Loyal Orders alone per organisation are estimated to be: Grand Orange Lodge of Ireland – £4.5m Independent Orange – £36,000 Apprentice Boys of Derry – £80,930 The Royal Black Institution – £56,004  ]]>