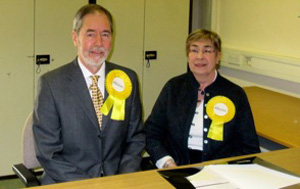 He said: “On 10 April 1998, when the Good Friday Agreement was signed, there was an amazing feeling of hope for a better future for our children.

“The first two have worked better than everyone hoped – think of specialist medical provision in Dublin agreed by a NI Minister and the Queen laying a wreath in the Garden of Remembrance in Dublin. 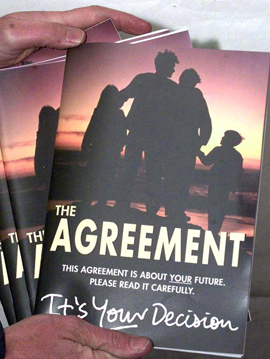 “The major piece of work outstanding from 1998 is the internal arrangements for governing Northern Ireland, that is the political structures of Stormont. These are obviously failing to bring about the greater good that the majority of people want for their children.

“The two biggest parties in Stormont, the DUP and Sinn Féin, have the power to change the faulty political structures, but have not done so. The inescapable conclusion is that the present structures suit their own party interests. Sadly, it appears that party interests outweigh the common good for these two parties in power.

“In the last ten years more and more voters have voted, in fear, for the party most against what they are against, whether the DUP or Sinn Féin. Unfortunately, the more moderate UUP and SDLP have drifted out towards the DUP and Sinn Féin, chasing the votes that they have lost to the more extreme parties.

“Only the Alliance Party has stayed true to the progressive centre ground, holding fast to the values that are the foundation for the Good Friday Agreement.”

Martyn Todd added: “Voting for HOPE in 1998 brought about huge change for the better. It is time to vote for HOPE once again.

“Step forward on Thursday 7 May and vote Alliance.”