<![CDATA[ <p style="text-align: justify;">JUST as the nights start to draw in and the temperature drops, an uncanny cache of celluloid horrors has been unleashed, threatening to chill cinema goers across the land.

As part of the nationwide BFI blockbuster project GOTHIC – The Dark Heart of Film, Gothic NI is an ambitious NI-wide programme of film, dedicated to all things horrific, heinous and downright hellish. Screenings will be held in locations from Belfast to Ballymena and from the City of Culture to creepy old castles, and will include horror classics old and new, as well as a few sideways shockers  – all screened for NI audiences. 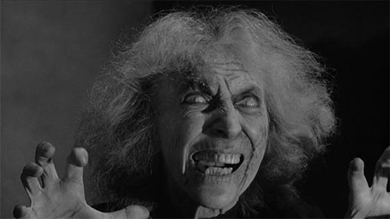 The House on Haunted Hill.[/caption]

The Gothic NI programme is supported by the British Film Institute’s  Programme Development Fund and is presented by Film Hub NI, part of the BFI’s Film Audience Network. Gothic NI  is part of a wider UK programme of frightening film in the coming months, and finds the leading exponents of NI cinema coming together to lay on a truly, deliciously dark programme of film.

Susan Picken of QFT said: “As a life-long horror fan, Gothic NI is a diabolically delightful box of treats which includes some of cinema’s most chilling classics. Our programme is full of surprises, shocks and thrills, giving a unique local twist to the Gothic theme. We’ve had fun programming the films – we hope everyone has fun watching them.

Queen’s Film Theatre presents such sinister delights as Nosferatu The Vampyre, Werner Herzog’s chilling remake of the FW Murnau classic, starring the deranged Klaus Kinski. Burn Baby Burn! at the QFT is a mini-season of diabolical cinema including the rarely screened and utterly compelling Haxan: Witchcraft Through the Ages, the long-banned 1922 Swedish documentary on Witchcraft, featuring grave-robbing, possessed nuns and a Satanic Sabbath. Rosemary’s Baby, The Witches, Witchfinder General and Black Sunday are all indisputable cult classics of the horror genre and complete the QFT’s distinctly witchy take on the Gothic programme.The Cinema City programme in Derry/ Londonderry is also taking part in the Gothic NI fun, exploring the macabre in movie history. Local audiences can enjoy Don’t Look Now, The Night of the Hunter and The Shining as well as three different versions of Bram Stoker’s Dracula.

There will also be a variety of outdoor screenings at Ebrington and pop-up venues across the city, featuring such big screen terrors as American Werewolf in London and 28 Days Later.

Shakespeare Gothic will feature a number of film versions of Macbeth as well as an opportunity to see local director Steven Cavanagh’s Derry-centric adaptation of Hamlet.

But the highlight of Derry’s Gothic season might just be the premiere of the new short film Stumpy’s Brae – a Gothic horror in the Ulster Scots language.

Belfast Film Festival presents The Haunted Screen – a series of classic creepy screenings in manors, castles and other suitably sinister venues across the north.

Dracula will be shown in the Harbour Commissioners Office, Belfast, Rebecca at Hillsborough Castle, The House on Haunted Hill and The Innocents at Lissan House Cookstown, and Night of the Demon at Ballywalter Park Newtownards.

Cinemagic also lays on a series of ghoulish film evenings and monstrous film events for kids at the QFT, including Tim Burton’s double-bill of The Corpse Bride and Frankenweenie and the all-singin’ all-carnivorous The Little Shop of Horrors.

Need a post-Halloween thrill-fix? Come down to the Woods/ QFT/ Braid Theatre if you dare!