<![CDATA[ <p style="text-align: justify;">Local police are sending a clear message to so-called ‘boy racers’ that they need to act responsibly when they get behind the wheel of a car or face the consequences. 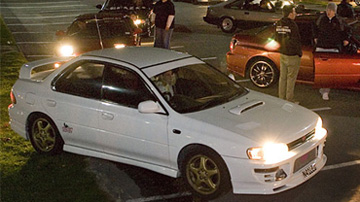 Boy Racers have been given a final warning in Saintfield by the police.[/caption]

The warning comes after police received a number of complaints in relation to ‘boy racers’ in the Saintfield area recently. Police have already spoken to a number of drivers and issued warnings and will continue to closely monitor the situation. Those who break the law will then be dealt with appropriately.

Constable Keith Warren of Ballynahinch Neighbourhood Team said: “We are aware of the negative impact that this type of activity can have on residents and other road users. Those who engage in these activities may regard them as ‘fun’, but this is not shared by the people who have to endure this type of selfish behaviour.

“Driving on the public roads brings with it certain responsibilities: to the drivers and passengers; to their families and friends; and to the community as a whole. These responsibilities should not be taken lightly. It is important to point out that drivers should expect to receive a fine or worse, prosecution through the courts should they be detected engaging in careless or dangerous driving or modifying their vehicle illegally.

“We are working with residents in the area to address the problem but we would urge anyone who notices any dangerous driving or any type of antisocial behaviour linked to this to note down the registration details of the offending vehicles and contact police at Ballynahinch or the Neighbourhood Policing Team directly on the new number 101.

So… if it’s a red card, then those causing the problem will literally be off the pitch and well out of the game !