<![CDATA[ <p style="text-align: justify;">The Ulster Unionist Party has confirmed that Rowallene Councillor Robert Burgess will be its candidate for the Strangford Constituency in this year’s Westminster General Election on Thursday 7 May. 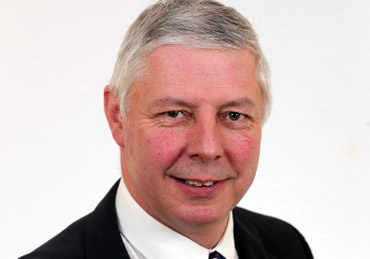 Rowallene Councillor Robert Burgess has been selected to run in the Westminster election in the Strangford constituency.[/caption]

Councillor Burgess, a well known and respected farmer from outside Saintfield, has expressed his delight at securing the nomination. He said: “It is an honour and a privilege to be selected as the Ulster Unionist Party Candidate for the Constituency of Strangford.

“I have lived and worked here all my life. I have been an elected representative for 16 years now and last May was returned to the new Newry Mourne and Down District Council which will run from the 1 April.

“I would be proud to represent the people of Strangford by serving as their MP. I find the greatest reward listening to the concerns that people have and delivering results.  That’s what real politics is all about and that will not change if I become the MP.

Ulster Unionist Leader Mike Nesbitt MLA, who contested the seat in 2010, said he is looking forward to canvassing for Councillor Burgess and added: “Unlike 2010, we go into this General Election standing as Ulster Unionists, promoting our own values and in Robert Burgess we have just that – a man of values, well known and connected in the community he already serves, and who has the appetite to take his public service to the next level.

“Strangford has many untapped and under-developed assets, not least its position as a food producing area that is second to none. I look forward to joining Robert on the campaign trail and the challenge of motivating the 50%-plus of Strangford voters who stayed at home in the last Assembly Elections.”