<![CDATA[ <p style="text-align: justify;">POLICE were in attendance at a security alert in the Shimna Road area of Newcastle following the discovery of a suspicious object in the area yesterday evening around 6.50pm.

The Shimna Road was closed to traffic at its junction with Causeway Road. The ATO were tasked to the scene 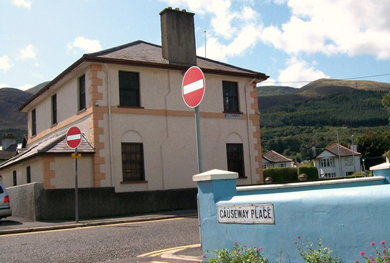 A suspicious package was left at the Orange Hall in Newcastle, Co Down.[/caption]

South Down MLA Seán Rogers, who has a Constituency Office in the seaside town, spoke out as Army Bomb experts dealt with the package.

Mr Rogers said: “A suspicious package has been discovered at the junction of the Bryansford and Shimna Roads in Newcastle in the vicinity of the local Orange Hall.  The road is cordoned off at this point and motorists are unable to pass.  This is causing major disruption to traffic especially those vehicles travelling from Mourne through the town, as there is no alternative route.

“I wish to fully condemn this incident especially if it is a viable device and also if it is a hoax.  The residents and traders of Newcastle have had a bumper summer between the fabulous weather and the various events that have taken place.  Incidents such as this evening cannot take away from the good news story that Newcastle has been.

“This town does not need this hassle. Newcastle is a shining example of a cross-community area. The PSNI who are already overstretched do not need the additional worries of such activity.

“I hope that the matter is brought to a safe conclusion with as little disruption to residents and traffic as possible.”

Margaret Ritchie, South Down MP, said she is deeply concerned about reports of the device being found at the  Orange Hall in Newcastle. Ms Ritchie said: “Following reports of a device being found. I spoke with Police who informed me that the army disposal team is at the scene.

“The people of South Down do not want to see this kind of threat to the safety of this community who long ago rejected the forces of terrorism when they endorsed the Good Friday Agreement.

“Orangemen are entitled to enjoy their premises as anyone else should be and unjustifiable threats of this nature are totally wrong.

“I would ask anyone with information regarding this device or who seen anything suspicious at the Orange Hall to come forward to the police immediately and assist them with their enquiries,” said Ms Ritchie.

Sinn Féin MLA Chris Hazzard has also condemned the planting of the device and described those responsible for the hoax bomb alert in Newcastle as “irresponsible” and “unwelcome”.

Mr.Hazzard said: “I want to totally and utterly condemn those involved in this hoax. This type of behaviour is totally unwelcome in Newcastle, and caused disruption to the whole of the community.  There has been so much work put into making Newcastle a premier tourist destination and incidents like this do nothing to improve the image of the town. “The irresponsible actions of these individuals forced a number of residents, many of them elderly, to be evacuated from their homes and this is simply unacceptable. “I want to call on those responsible to explain their actions and what exactly they hoped to achieve from this. I would also ask anyone with any information regarding the incident to bring it forward to the police as soon as possible.”

UKIP representative Alan Lewis has also condemned the leaving of a device at the Orange Hall. He said: “Those responsible need to seriously consider their actions before they escalate tensions which in the past have led to tit for tat reprisals an eye for an eye leaves both side blind”

“I visited the area and spoke with residents who have been inconvenienced along with commuters by major traffic disruption.  Down District does not need this type of reckless activity. I encourage anyone who noticed anything suspicious to pass their concerns onto the police.”