<![CDATA[ <p style="text-align: justify;">Strangford SDLP candidate and Ards and North Down Councillor Joe Boyle has expressed his disappointment on having his election posters removed from the harbour area in Portavogie. 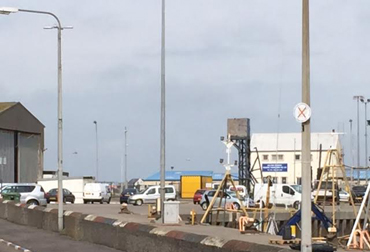 Mr Boyle said: “I was contacted by Portavogie people with reference to this incident, whereby they were annoyed at this having happened in their village.

“I had only erected the Posters some 4-5 hours before the removal took place. 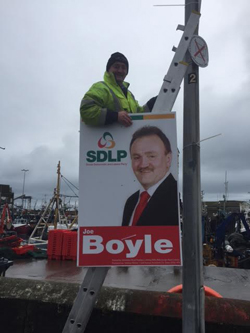 Cllr Boyle’s posters have disappeared from Portavogie harbour hours after they were put ip.[/caption]

“I have been an elected representative for the Ards Peninsula for the past 10 years. During that period I have dealt with many individual and village group concerns from within Portavogie that have been presented to me.

“Of course I am disappointed in this having happened, however, it is important to be kept in some form of context.

“The vast majority of my constituents living in Portavogie do not support this activity, and I suppose you could get this activity going on anywhere, that’s a reality of the society we live in.”

Councillor Boyle added: “Whilst the past number of recent elections have witnessed the removal of my election posters in Portavogie, I will not be lying awake at night thinking about it.

“I would prefer it wouldn’t happen, however, we’ll get over it and get on with it, after all there are many more important things in life.”

Cllr Boyle is the only nationalist councillor in the current East Down District Council.