In this morning’s meeting in City Hall with the Secretary of State, Belfast City Council and business representatives, Retail NI raised the issue of English independent retailers getting a third off their rates bill in the Budget and their Northern Ireland counterparts getting nothing. 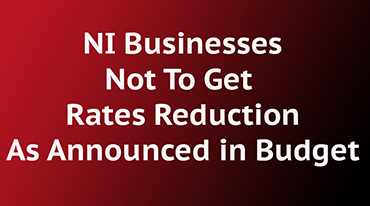 The meeting also covered Primark, City Deals and the lack of a Government at Stormont.

Speaking after the meeting, Retail NI Chief Executive, Glyn Roberts said: “This was a very useful meeting with the Secretary of State and Belfast City Council. Retail NI strongly welcomed the Treasury’s £2million for regeneration efforts following the Primark fire and we are making progress in addressing this crisis.

“The Department of Finance needs to transfer the £2m Treasury funding to Belfast City Council ASAP to allow the vital rejuvenation work in Belfast City Centre to begin.

“I raised directly with the Secretary of State the unfairness of English independent retailers getting 1/3 off their rates bill in Monday’s Budget and our members In Northern Ireland, getting absolutely nothing. Retail NI members deserve the same as their English counterparts and we urged the Secretary of State to urgently address this issue in the absence of devolution.

“Independent retailers in the Secretary of State’s North East Staffordshire constituency get a far better deal then we have in Northern Ireland.

“Northern Ireland lags hugely behind the rest of the UK when it comes to Business Rate Relief and our members are being forced out of business because of the huge cost of rates.

“This issue needs immediate action by the Secretary of State and cannot wait until devolution is restored at some unknown date.

“Our local political parties need to get their act together and get a government sorted. We don’t even have a Talks process let alone a prospect of devolved government.

“The question to the political parties is this – How bad does Northern Ireland have to fall in terms of the economy, health and education before you get real and show leadership?”

For the many local businesses across Down this will be another kick in the shins and retail outlets especially on the High Street will be feeling the effects of this decision. It remains to be seen if anything can be done to resolve this issue without a devolved government in place at Stormont.