<![CDATA[ <p style="text-align: justify;">THE founder of Northern Ireland’s only full-size heritage railway, the Downpatrick and County Down Railway, has been awarded an MBE in the Queen’s New Year Honours for service to railway preservation and tourism in County Down, Northern Ireland. 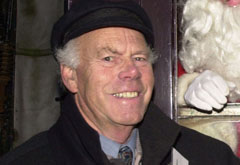 Gerry Cochrane has received an MBE in the New Year’s Honours List.[/caption]

Gerry Cochrane was born in 1935 within sight and sound of the old Belfast and County Down Railway. Since early childhood, he has had a strong interest in railways. His final thesis in architecture was based on the study of Working Railway Museums, researched in both Great Britain and Europe as there were none in Northern Ireland.

He joined the South Eastern Education and Library Board and became their Senior Architect, and in 1982 he began a process which has resulted in the return of steam to Downpatrick.

During this time, health reasons brought his professional career to a premature end in 1991, but Gerry battled on and continued with the development of the heritage railway and museum from a derelict brown field site to the vibrant living museum it is today.

Whilst he retired from management in 2004, he continues to have an active role in vintage carriage restoration. 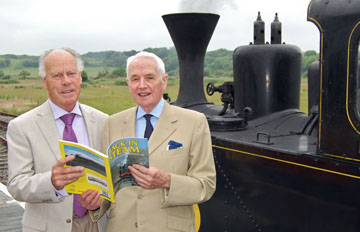 Railway Honorary Vice President WF Gillespie said: “I am delighted to know of Gerry’s recognition in the New Year’s honours list.  It is richly deserved.  I congratulate him and wish him many years of continuing interest in the Railway which he founded.

“When a few of us met in Denvir’s Hotel on a bleak winter night thirty years ago to discuss the possibility of a preserved railway scheme at Downpatrick, it was somewhat unreal, and perhaps none of us, except Gerry Cochrane, really expected that our dreams would ever be realised.

“Many obstacles were encountered and there were times when most of us, except Gerry Cochrane, were prepared to give up. However, he is made of sterner stuff, and always sought and found a way through the difficulties. It was my pleasure and privilege to help clear some of the obstacles, particularly in the early days, and in the process, I came to admire the tenacity and determination of Gerry and other colleagues who joined in the enterprise over the years.”

DCDR chairman John Wilson added: “We are absolutely delighted that Gerry has received this well-deserved acknowledgment of all his efforts over so many years. He was the founder member of the Society and it is thanks in large measure to his determination that the Railway continues to bring pleasure to the thousands of people who travel on and watch our trains every year.

“Gerry, in his own unique way, has inspired many people to give freely of their time to the community, creating an attraction unique in Northern Ireland and richly deserves this award.”

“I extend to him and his wife Roisin our heartiest congratulations from all the members of the railway”.

Residents Evacuated After Fire At Home In Downpatrick