<![CDATA[ <p style="text-align: justify;" align="center">A South Down republican paramilitary group believed to be the Continuity IRA has said it will take “direct military action” against what it described as “travelling criminal gangs…all part of a parcel of ongoing heroine drug culture within the travelling community.” 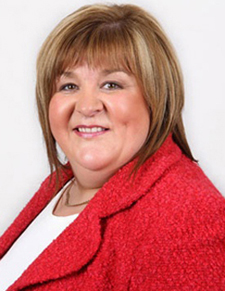 Following this growing threat of violence, South Down SDLP MLA Karen McKevitt has condemned these threats believed to be issued by the South Down Command of the Continuity Irish Republican Army against a section of a minority community.

Commenting on the threats which were sent by recorded voicemail message to the constituency office of her Newry and Armagh Assembly Colleague Dominic Bradley, Mrs McKevitt said: “No group has the right to take the law into their own hands and use bombs and bullets – regardless of the seriousness of the alleged crimes.

“In this sinister message, this paramilitary group claims that it carried out a gun attack in Newry last evening. The group also claimed responsibility for two pipe bomb attacks, one in Bessbrook and the other in the Carnagat area of Newry.

“This type of violence was a frequent part of our past – it was wrong then and it is wrong now. The vast majority of our people rejected violence and continue to reject it. Violence cannot be legitimized regardless of whether or not a paramilitary group has a ‘strategy’.

“I would urge anyone who has any information about these crimes to pass it on to the police without delay”.