<![CDATA[ <p style="text-align: left;" align="center">STRANGFORD DUP MLA Simon Hamilton has secured unanimous support in the NI Assembly for a motion calling for more to be done to make the most economically from Northern Ireland’s historic environment. 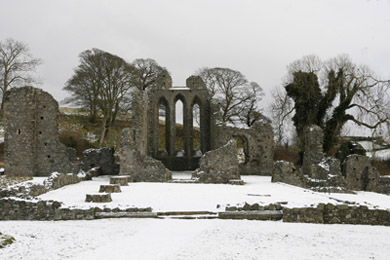 Simon Hamilton MLA has called for a new strategy for Northern Ireland to make the best use of its built heritage.[/caption] Mr Hamilton told colleagues at Stormont that the 10,000 jobs sustained by the historic environment can be increased alongside the contribution of the sector to the economy. But he also stressed that better branding and marketing is essential if this aim is to be achieved. He questioned too if the Northern Ireland Environment Agency is the right organisation to capitalise on the potential of Northern Ireland’s historic environment. Commenting after the debate, Simon Hamilton said: “We all know that Northern Ireland is blessed with an exceptional historic environment. From Grey Abbey and Nendrum Monastic Site in my own Strangford constituency to the likes of Carrickfergus Castle and Dunluce, we all appreciate that we are fortunate to have a rich history reflected in a brilliant built heritage. “What many of us don’t appreciate is the contribution such sites make to the local economy. Research carried out on behalf of the Northern Ireland Environment Agency found that our historic environment accounts for £532 million of output every year and generates up to 10,000 jobs.  For every £1 of public sector money invested in the sector, £3 to £4 of spending by the private sector is generated.  These figures are impressive but they wouldn’t be as high as other jurisdictions and the report itself suggests that there is great growth potential. “Certainly, a clear strategy for the historic environment and additional resources are important but so too is better branding and marketing.  The report’s recommendations stress the need for an enhancement of the presentation of Northern Ireland’s historic environment sites with clearer signage, connections between sites and a wider range of activities for the public to enjoy.  The report stresses too that significant improvements in websites, literature, social media and promotion in general is required. [caption id="attachment_35711" align="alignright" width="200"] 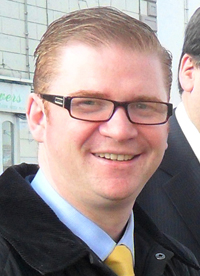 Simon Hamilton MLA.[/caption] “As we examine how to make more of our historic environment, the question must be asked, is the Northern Ireland Environment Agency the vehicle best placed to do this.  The NIEA’s core function is environmental protection and this is reflected in its inattention towards properly promoting our local historic environment.” Mr Hamilton added: “Look at how these sites are presently promoted on the NIEA website. They’re a subset within a subset that isn’t easy to find. You’ll severely struggle to find simple details like opening hours, perhaps reflecting the fact that many of the historic sites in the ownership of the NIEA have restricted openings or, shamefully, aren’t open or accessible at all. When you look at the number of monuments and sites under its care and consider that this isn’t matched by resources, it’s not surprising that the NIEA is not as successful in this respect as we’d all like. “We need to ask ourselves, if we want to maximise the economic value of Northern Ireland’s historic environment, then do we need to learn from our near neighbours and create an entity devoted to promoting our historic buildings and monuments.  The likes of Historic Scotland and English Heritage are distinct brands that are embedded within regional consciousness and beyond and are able to project an image of their nation’s historic environment further afield. If we are serious about promoting our historic environment and making the most of it economically to the same extent as England, Scotland and others, then the structure that does this must be critically examined. “This excellent research illustrates that our historic environment is already making a sizeable contribution to the local economy but has the capability to do much more.  One of the real benefits of the work is that it shows that instead of sometimes being seen as conflicting, the economy and the environment can be complementary. Building on what has already been achieved can only enhance our tourism offering to people from far and wide and boost Northern Ireland economically whilst preserving the best of our historic environment”.]]>