<![CDATA[ <p style="text-align: justify;">As the applications roll in for this year’s Chairman’s Awards, Down District Council Chairman, Councillor Maria McCarthy, has issued a final call for nominations to the Chairman’s Charity Awards with just less than one week before the closing date on Monday 3 March 2014.

After the closing date, the awards will be decided by the Chairman and an independent judge.  This year, Cllr McCarthy has asked Miriam Hamilton of the Downpatrick and District Soroptimists to help her judge the nominations. 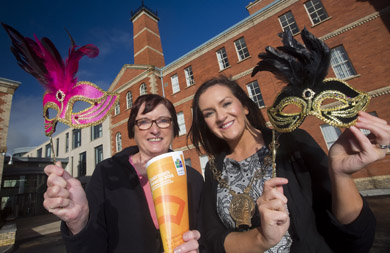 Cllr McCarthy said: “I am thrilled that Miriam has agreed to help me choose winners for each of the categories as judging by the standard of applicants so far, it is going to be a difficult task.  I have worked with the Soroptimists on a number of occasions during my year in office and I can only describe the group as an active and vibrant club who work tirelessly for the local community.  I am confident that Miriam and I will choose worthy award winners.”

Mrs Hamilton, who is NI Regional President of Soroptimist International is delighted to be on board and said: “I am really looking forward to appraising the applications and I hope to bring sound judgement to the process. Through my work with the Soroptimists, I have had the pleasure of working with a number of local charities and I’m pleased that they are to be commended at this year’s awards. I would remind the public that they do need to nominate, so that these organisations and individuals can be acknowledged for the amazing work they do.”

Cllr McCarthy also added: “There is still time to get your nomination form in. Don’t miss this opportunity to be recognised or recognise the success of charities and not-of-profit organisations in our community.”

The evening of celebration will be hosted by Councillor McCarthy to recognise and reward the inspirational work of charities in Down District.  Each winning nomination will receive a donation of £1,000 at this event to be held in the Downshire Civic Centre, Downpatrick on Friday 11 April 2014.

Applicants can be self-nominated or nominated by another person.

Closing date for receipt of nominations is 4pm on Monday 3 March 2014.  Nomination forms can be downloaded from the Council’s website: