<![CDATA[ <p style="text-align: justify;">THE Down Community Health Committee has brought its campaign into the heart of Down.

On Tuesday 15 April Minister Poots visited Downpatrick and received the 20,000 signature petition from Anne Trainor of the Down Community Health Committee at the Downshire Civic Forum. He later held a meeting in private with party leaders of Down District Council who were tasked at a full council meeting with asking the Minister to use his influence to ensure that the full 24/7 A&E service is restored at the Down A&E. 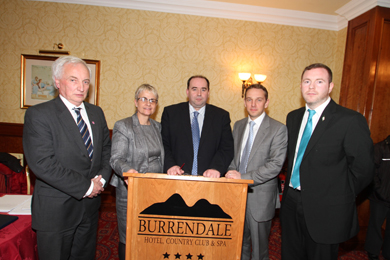 In recent weeks, from a packed hall in St Patrick’s Grammar School in Downpatrick, to another well attended meeting in Ballynahich’s Baptist Church Hall, to the Burrendale Hotel in Newcastle last Thursday, people across the district have engaged with the health campaign expressing their total support demanding that the 24/7 accident and emergency department at the Downe Hospital is reinstated following dramatic news just before Christmas that the hours were to be cut.

To date there has been a full analysis and commentary at the health campaign public meetings on the problem from many speakers, politicians, trade unionists, community and church leaders, the business community and indeed the staff themselves in the Down Hospital. There is widespread support for the service to be re-instated, and questions now have to be asked of the Minister say the campaigners whether he will step into the breach and deliver what many other areas in Northern Ireland take for granted… an accessible health service with a 24/7 A&E.

Last Thursday 10 April, the DCHC called a public meeting in Newcastle in the Burrendale Hotel and it once again an area on key interest to the campaigners was focussed on… recruitment of doctors for local hospitals.  Whilst the first public meeting showed that political support from local representatives was assured, and the second demonstated the public and verbal testimony of local people about the severe issues they have faced arising from the cuts to the Down A&E service, the third meeting held in Newcastle also openned up a very significant  policy area which the campaigners were keen to purse. 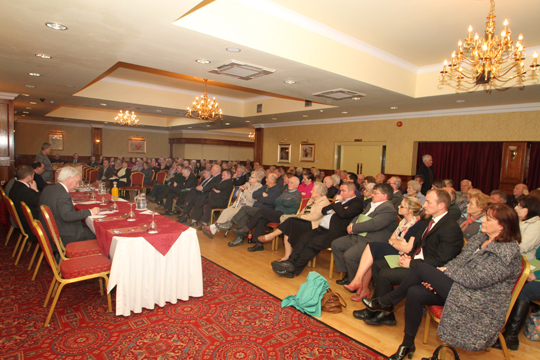 A large group of concerned residents in Newcastle listen to speakers during a meeting in Newcstle organised by the Down Community Health Committee.[/caption]

Health Minister Edwin Poots receives over 20,000 signatures from Anne Trainor who co-ordinated a group for the Down Community Health Committee that gathered the signatures across Down District.[/caption]

“Recruiting doctors from abroad does represent problems as they may have no NHS experience and sometimes limited English language capability. Therefore, this can be surmounted by a period of retraining and language support over a period of  three to six months and then the candidates being assessed once more for work in local hospitals especially in the A&E’s. This would begin to address the critical shortage at the moment. It is an opportunity to rise above cultural and practical difficulties and fill these posts. This is possible. A different approach needs to be taken to find these doctors. “I was recently recruiting doctors successfully in Europe for UK posts and I know this can be done. We have a vision of our health service delivering what it was intended to do but we find this present difficulties very frustrating. But we have got to think differently about how we recruit doctors otherwise this problem is likely to persist.

“We could in a period of two or three years attract over fifty middle grade doctors to Northern Ireland to take the pressure off this problem.”

However, it was acknowledged that professional bodies such as the Royal Colleges who regulate professional standards would need to come aboard this initiative for it to be successful.

Also speaking at the meeting, South Down MP Margaret Ritchie said: “We must safeguard our Downe Hospital and local medical care from further loss of services and ensure that the A&E services are restored to full 24/7 cover. We have a right to demand this. The Minister knows full well there is a crisis in the health system. There are too many hospital trusts and the system must be reviewed. Also, we need to re-examine the recruitment methods used by the hospital trusts.

“These vacancies must be filled as soon as possible. The Minister has already said that this is not a matter of money. Therefore he must put in place procedures to deliver a proper and fair health service. I won’t rest until the local health service is firing on all cylinders and that the Downe Hospital is operating on a proper and sustainable level.”

A large group of concerned residents in Newcastle listen to speakers during a meeting in Newcstle organised by the Down Community Health Committee.[/caption]

South Down MLA Chris Hazzard also speaking at the meeting said: “We have simply got to stop this salami slicing of services at the Downe Hospital otherwise it will just be reduced to the level of a cottage hospital. It is essential that the Minister examines the Trust boundaries as currently 41% of patients using the A&E at the Ulster Hospital which is in the South Eastern HSC Trust area are from the Belfast Trust area. There are just too many layers of bureaucracy in the health system.

“That too needs to be addressed. I attended one meeting of health officials and the annual salary bill for those siting round the table was around £2million. We need to see what the Trust plans are for the future development of our health care. It all raises the fundamental question of who really is running the health service!  We certainly need to stand up to any racist attitudes regarding recruitment in Europe. We, the public,  all need to be constantly putting pressure on the Minister, the Department of Health, the Trust, the politicians from the local Down Council to Stormont.” 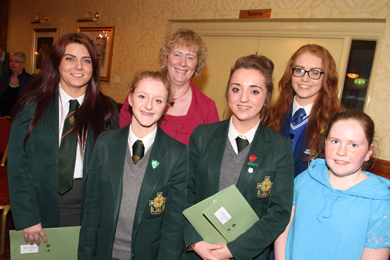 Séan Rogers South Down MLA also speaking explained: “The Health Minister seems happy with the Transforming Your Care policy document. But all our problems seem to go back to Transforming Your Care. I would echo and support Harry Harmond’s words ‘We must do things differently’. It has been four months since the cut to A&E hours at the Downe A&E but we could have a sensible action plan in place within six months to recover this situation.

“We just have to be more inventive in the way we recruit, and that includes how we relate to thestudents currently training. We simply can’t wait eight years to hope a middle grade doctor turns up. We need a solution now. I therefore look forward to the next debate at Stormont on the 29th April when some of these issues will once again be raised. I hope that we have hundreds of supporters there in attendance. We need to send a message to the Minister that this must be sorted out as soon as possible.”

Eamonn McGrady, Chairman of the Down Community Health Committee, said: “You have heard the speakers tonight and we all know what needs to be done to repair the damage to our health service. The decision to cut the service at the Downe A&R must be reversed immediately and the service fully reinstated. Nothing else will suffice. Other areas have adequate health cover and we in Down District have after thirty years of campaigning got our new hospital. But is is more than bricks and mortar, we need the services and medical staff to meet the needs of our local population. Nothing less will be acceptible.”

Speaking after the Newcastle meeting, Mr McGrady said:  “I would like to pay tribute to all of the people who collected signatures for the petition and to those who signed it to have the full A&E service reinstated at the Down Hospital. We received just over 20,000 signatures and when you consider that the population of DownDistrict is around 65,000, that means that one third of the population has signed it which is indeed very significant. It is an overwhelming statement of what the people of Down District demand and expect… their equal right to a proper A&E service. This campaign will get stronger and we will never give up until we  have a full restoration of A&E services.” 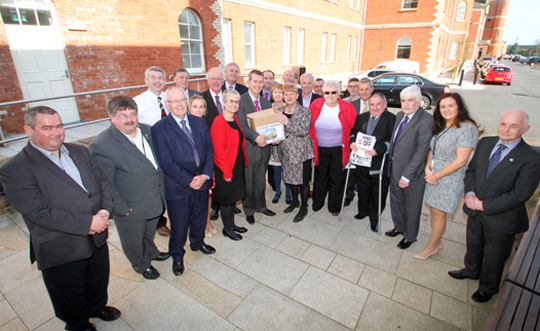 Other speakers too challenged the Trust’s decision to cut the A&E weekend services. Seamus Walsh, Down GAA Chairman cited the case of one young St John’s GAA player who had a heart condition and needed emergency medical treatment, adding that  across the district, the many sports’ activists were now left without accessible A&E cover. He said: “There is a lot of sport played in this area apart from Gaelic sports such as soccer and rugby where injuries do occur.  We all have visitors from across Ireland regularly and it is essential that we have a full A&E service at weekends and in the evening.”

Unison representative Marion Ritchie and a nurse for thirty years said: “The staff at the Downe Hospital are 100% behind the campaign. One of the key issues  that has to be addressed is recruitment and we must address how we are to attract young doctors back from Australia where they often go soon after qualifying.  The Trust has been single minded in its approach to rercuitment. It is just a smoke screen. We need them to be more open and transparent about their recruitment policies and actions.”

The public too made its contribution including pupils from St Malachy’s HIgh School in Castlewellan.

The Down Community Health Committee are now seeking to get 100,000 people to support their e-campaign so they can have the issue of the Downe A&E raised in Westminster in a debate.