<![CDATA[SOUTH Down and in particular Down District has lagged behind in its economic development in comparison to other areas 0f Northern Ireland. As frustration within the business community continues to grow by the day, local politicians have voiced what they believe to be key points to drive change in the economic sector of Northern Ireland. <strong>Ritchie Says Debate on Northern Ireland Economy Necessary for Recovery SDLP MP for South Down Margaret Ritchie has called for a Westminster debate on the economy in Northern Ireland. Speaking during Business Question time,  Ms Ritchie claimed that such a debate was essential, saying: “The British government have previously given a commitment to provide financial support to help drive the economic recovery necessary to develop the peace process and bring real progress. [caption id="attachment_38777" align="alignright" width="240"] 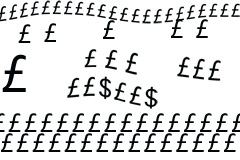 With the economy in South Down under pressure, local politicians are calling for action.[/caption] “Sadly there is very little indication that progress is being made either by the Office of First and Deputy First Minister or by the British government. Unemployment in the north of Ireland, particularly among the young , is at record levels and the economy has stagnated. “However, at Westminster we see a government sitting on their hands over corporation tax and at Stormont we see a Finance Minister who is more interested in flags than fiscal matters. The British government must stand over their commitment to Northern Ireland and in turn the Executive has to develop its own credible plan for the economy.” Hazzard To Quiz Invest NI Over South Down Performance South Down Sinn Féin MLA Chris Hazzard is calling for an urgent meeting with Invest NI to discuss their track record in the Down District area. This follows the publication of the investing in Down Economic Report recently published. Mr.Hazzard said: “Our focus is on developing economic activity across Down District and specifically in terms of assisting the micro and small to medium enterprise sector, upon which our economy here survives. “We intend to ask Invest NI  about their strategy for the micro business sector given the high volume of this sector in the north and the fact that this is the largest business model in Down District. “We will specifically be calling for them to consider adopting a policy to let their small business unit at Belfast Road to house trading businesses as well as the present manufacturing tenants. This will be a welcome edition for local business people who are struggling to find premises in the town centre. “There is a need for an integrated economic strategy between the two merging councils and we welcome that Invest have recently given a commitment to assist with this body of work. It is important that a dedicated individual or team of Invest officers are brought to the District in order to develop economic activity in Down in advance of the council merger.” Mr Hazzard added: “We hope to hold Invest NI to account by asking them in detail why our District has been the worst performing in terms of their assistance, and will be pushing for answers as to why they have only been able to make one Foreign Direct Investment offer here in five years, especially given we have the largest of Invest NI’s holding land in the north at 51 acres. “There has been a failure for numerous years now to provide our business community with the tools to grow and prosper here in Down District. This business community have been let down badly and it’s time to focus energies on ensuring that Down District business and commerce can thrive and be developed upon moving into the future, particularly towards the merging of our Council with Newry and Mourne.”    ]]>