Invest Northern Ireland’s have said that their end of year results for 2012-2013 have demonstrated a very strong performance with tangible benefits for businesses and the economy, promoting nearly 7,400 new jobs and securing nearly £608m of investment across jobs, R&D and skills. 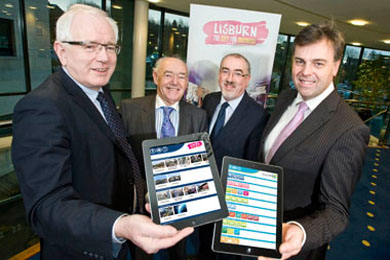 Commenting on the results, Invest NI Chairman Mark Ennis said: “This year has been another very successful year for us in terms of performance against targets. At the midway point in our Corporate Plan, and in our progress against the 2011-2015 Programme for Government, we are in a very strong position to reach and in many cases exceed the targets set.

“During the course of this financial year we have promoted nearly 7,400 new jobs, with 4,596 of these by locally owned companies. We contributed to £105m in private sector investment in R&D and supported investment in skills development of £38 million.

“All in all we supported nearly £608m of investment across jobs, R&D and Skills, up 34 per cent on last year.”

Key Achievements for the Year

*   Contributed to £105m private sector investment in R&D, 21 per cent above target

Mark Ennis added: “What is particularly pleasing is that within these results is a strong set of achievements by local businesses. In total, we made over 5,000 offers of support last year, 93 per cent of which were to locally owned businesses.

“In R&D, 86 per cent of all offers were to locally owned companies. In addition Small and Medium Sized Enterprises accounted for 35 per cent of the £105m of investment we committed to.

“We were set a specific target by the NI Executive to secure £60m of investment in R&D by SMEs over the course of this Corporate Plan. I am delighted to report that we have exceeded this target two years into the plan. Over the last two years our support has resulted in SMEs committing to £71m of investment in R&D, demonstrating that with the right support and guidance companies across Northern Ireland are willing and able to undertake R&D, regardless of their size.

“These results have a real and positive impact on our local economy. All this against a backdrop of continued challenges placed on the economy as a result of the ongoing economic downturn.”

Detailing some of the specific highlights of Invest NI’s performance, Alastair Hamilton, CEO Invest NI said: “During 2012-13 we met, or exceeded, the majority of our corporate targets and in some areas delivered significant increases on the previous year.

“Our performance in promoting new jobs is one that naturally receives a lot of attention and I am particularly pleased at our achievements this year, up 14 per cent on 2011-12.

“During the course of 2012-13 we supported a wide range of job creation projects by both local companies and foreign investors (FDI).  Projects we have announced include 200 new jobs in West Belfast by Caterpillar, 177 new jobs by Deloitte, and a new FDI project by Merchant Warehouse, creating 70 quality jobs.”

“The Jobs Fund has continued to perform strongly during 2012-13, promoting 2,657 jobs. I am pleased to also say that 1,678 jobs are already created – a 64 per cent increase on our previous year’s performance,” added Mr Ennis.

“During the course of the year we have continued to strengthen our support for businesses, introducing new initiatives such as our new Finance Voucher scheme which will help SMEs prepare funding proposals, launching two new funds to our Access to Finance portfolio, broadening our support in skills and training and launching our new business start programme.

“Another important part of our support for companies is our international presence. We continued to strengthen our international reach with a new office in Erbil in the province of Kurdistan, and recruited a new Head of Asia Pacific based in Singapore and new trade advisors across Europe.

“In addition to our strong performance against targets we also received very positive feedback in our Customer Satisfaction Survey with our highest level of satisfaction to date at 79 per cent. Coupled with a decreasing dissatisfaction score, at an impressive six per cent, it is clear that Invest NI is delivering services, solutions, advice and support that meet the needs of businesses.

“I am exceptionally proud of our performance this year and the positive impact this has had on local business and our economy. These achievements have not come easily; they are the result of continued hard work by Invest NI staff across all our locations, working together as one team.

“We will continue to remain focussed on doing everything possible to help businesses in Northern Ireland succeed and deliver on the rest of our Corporate Plan,” Mr Ennis said.

Invest Northern Ireland works with individuals, companies and organisations in manufacturing and tradable services which show the ambition and commitment to grow by being more innovative, more entrepreneurial and more internationally focused. Invest NI’s resources are focused on assisting our clients to improve competitiveness, increase innovation, promote a stronger international focus and create more positive attitudes to enterprise.