<![CDATA[ <p style="text-align: justify;">FOLLOWING an armed robbery at a flat in Maghera, Down District Councillor Stephen Burns has condemned those responsible. 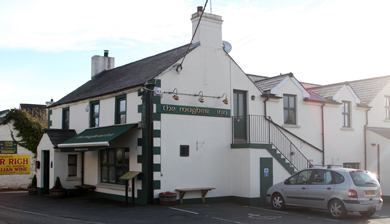 The local community is shocked following an armed robbery in Maghera by three men.[/caption]

The robbery took place  in the Ballyloughlin Road area of the village above the Maghera Inn during the early hours of  Monday morning.

Councillor Burns said: “What took place above the licenced premises is totally and utterly despicable and I want to condemn those responsible for carrying out this incident. Everyone in the area is extremely shocked at the events that have taken place in this quiet community. It is very worrying that these people were armed and we could have very easily been talking about serious injuries or fatalities.

“Incidents like this put people within the community at a sense of unease and it is important that these concerns are put to rest with the apprehension of those responsible.

“To that end I want to call on anyone with any information regarding this to report it to the PSNI or Crimestoppers immediately.”

Detectives in Downpatrick are appealing for information after the report of the armed robbery.

Shortly before 1.20am, it was reported that three masked assailants entered a flat in the area armed with what are understood to be shotguns. Two men who were in the property at the time of the incident were threatened and one man was struck on the face with one of the weapons. The man’s injuries are not believed to be life threatening. A sum of money was taken during the incident.

Detectives would ask anyone who may have witnessed this incident or who has any information to contact them at Downpatrick CID on 0845 600 8000. Or, if someone would prefer to provide information without giving their details, they can contact the independent charity Crimestoppers and speak to them anonymously on 0800 555 111.