<![CDATA[ <p style="text-align: justify;">THE Alliance Party has announced the first of its candidates for the forthcoming Newry, Mourne and Down Council Elections.

Councillor Patrick Clarke was selected at the South Down Alliance AGM and will be standing in the Slieve Croob District Electoral Area which includes Dundrum, Castlewellan, Ballyward, Ballydugan and Drumaness wards.

An Alliance spokesperson said: “The Dundrum-based councillor who won a seat at the last Council election to Down District Council, is a Queen’s University law graduate and is well known in the Slieve Croob area. He has built up a very good relationship with neighbours, people, and business proprietors, as well as the rural farming community and sporting, voluntary, and community groups.

“Councillor Patrick Clarke is an active campaigner in various local community issues. He has been involved in a range of campaigns including supporting rural farming communities and agri-food industry, actively promoting tourism potential as a means of assisting local economy, lobbied to secure flood lighting and new visitor centre at Dundrum Castle and has worked to secure the future development of Castlewellan Forest Park and also towards the restoration of both listed, and derelict buildings.  Also, he has been a strong voice against the downgrading of the Accident and Emergency Unit at Downe Hospital retaining public sector jobs and services in South Down, especially in relation to public sector and Government jobs

In a statement explaining why he was standing as Alliance candidate for the Slieve Croob area, Councillor Patrick Clarke said: “I believe in working towards a shared future for all communities through the breaking down of social and political barriers that still presently exist in our society through segregated housing, our two-tier education system, segregated sporting, recreational and community facilities, and the flying of sectarian flags, etc.

“I am of the clear view that everyone, irrespective of their political, religious or other opinion, nationality or race deserves the same equality. I have worked towards building better cross-community relations and I would like to be given the opportunity again of publicly serving all of the people as an elected representative in my area.”

“Since May 2011 when I was first elected as an Alliance Councillor I have been privileged to have been able to represent the electorate of Newcastle, Dundrum and Castlewellan area.  If re-elected I will continue to tackle the key issues that matter to local people and help to deliver real change for everyone.”

At the South Down Alliance AGM Alliance Party’s Campaigns Officer, Sam Nelson, addressed members outlining the importance of Alliance representation on the new super councils saying effective representation is particularly important in view of the challenges relating to distance and identity in the new council areas. 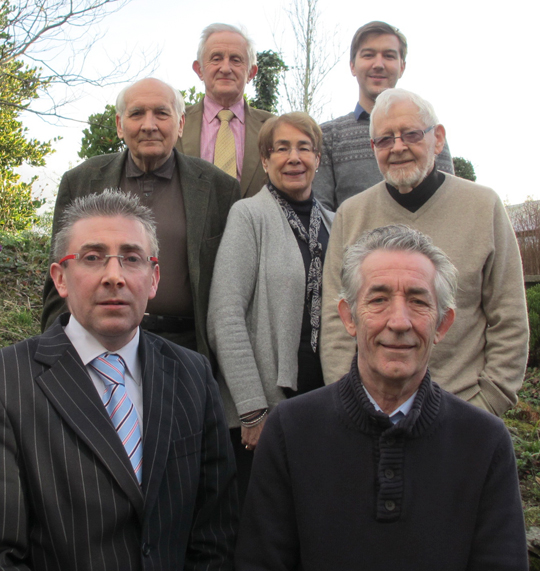