<![CDATA[A major publicity drive campaign is being planned to promote the Mournes area between Down, Banbridge and Newry and Mourne District Council areas. This initiative was finally given the green light when it was outlined at a recent Destination Mourne Tourism Management Forum Meeting in the Canal Court Hotel, Newry, on Wednesday 20 February. [caption id="attachment_36573" align="alignleft" width="390"]<a href="http://www.downnews.co.uk/wp-content/uploads/2013/02/mournes-across-dundrum-bay.jpg"> 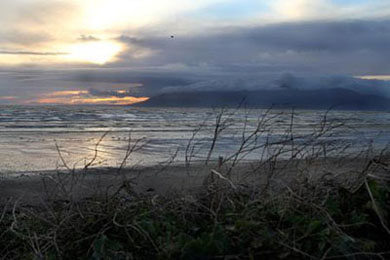 The Mournes in the distance over Dundrum Bay.[/caption] The meeting was attended by Councillors and Officers from Down District, Newry and Mourne, Banbridge District Councils, Mourne Heritage Trust, Newcastle and Newry and Mourne Chambers of Commerce, Northern Ireland Tourist Board, Mourne Heritage Trust, and other key stakeholders in the tourism industry. Newcastle Alliance Councillor Patrick Clarke who attended the meeting said:  “Presentations were made on the Destination Mournes marketing activity for 2013, Mourne Mountain bike project, Geotourism project, Destination Mourne Action Plan review, and there was an open discussion with local industry regarding tourism in the Mournes. “I welcome the major publicity drive campaign being planned for promoting the Mournes area in the coming months which will include television, radio, local, regional and national press coverage, billboard and online advertising, promotional material and printed maps regarding the Mournes as a tourism destination area.” [caption id="attachment_492" align="alignright" width="200"] 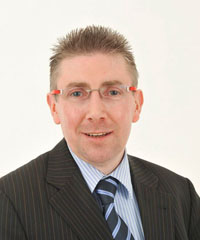 Newcastle Alliance Councillor Patrick Clarke has welcomed the Destination Mournes initiative.[/caption] “There are plans also underway to have a dedicated website www.visitmournemountains.co.uk and social media which will also promote the Mournes area including the new mountain bike trails in Castlewellan and Rostrever, accommodation and hospitality, forest parks, walking networks, Mourne coastal walking routes, and the various other cultural, recreation, historical and tourism attractions.” The publicity drive campaign will target main visitor markets including the domestic Northern Ireland, Republic of Ireland and Great Britain markets to make the Mournes area a holiday destination. Councillor Clarke said: “The Mournes is one of our most impressive and best natural tourism assets with its rich cultural and natural history. It was great to gain an overview of the ‘Developing Destination Management for Mournes Action Plan’, the opportunities now being developed and broadened to better capitalise, develop and promote the Mournes area as a tourism destination by the various Councils, statutory bodies and key tourism stakeholders.”