<![CDATA[ <p style="text-align: justify;">Detectives from the Serious Crime Branch investigating the murder of six men and the attempted murder of other patrons in the Height’s Bar at Loughinisland in 1994, have  today issued a renewed appeal for information on the twentieth anniversary of the attack.

The victims were watching a World Cup football match on television when UVF gunmen opened fire on the evening of 18 June 1994.

No-one has yet been charged with the murders but a renewed police investigation is underway by detectives from Serious Crime Branch following a review of the case by the PSNI Serious Crime Review Team. 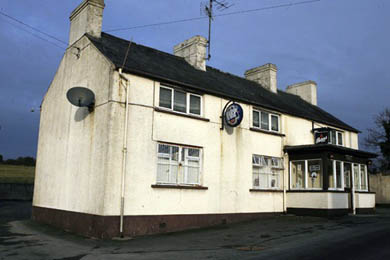 The Heights Bar in Loughinisland where six customers were shot dead by a loyalist gang in 1994 while watching the World Cup.[/caption]

Investigators are progressing the recommendations contained in the review which was conducted on foot of a report by the Police Ombudsman.

Senior Investigating Officer, Detective Chief Inspector Gareth Talbot said: “This was a sickening, indiscriminate and completely futile attack committed by terrorists who gave no thought to the innocent lives they shattered, then and now.”

To date, 16 people have been arrested, 51 searches have been conducted, 605 statements recorded and more than 2,500 actions raised as part of the investigation.

“On this 20th anniversary, with all its pain for families and survivors and perhaps reflection for those involved, I would ask anyone with information about the murders to come forward and speak to police.

“The anniversary should bring into focus the fact that it is never too late to do the right thing, to come forward with any information about individuals or events. Police will not give up but what we really need is for people to make statements and give evidence.

“Anyone with any information can contact detectives in the Incident Room on 028 3751 7390 or by email to MIT8@psni.pnn.police.uk

Alternatively, people can provide information without giving their details to the independent charity Crimestoppers on 0800 555 111.”

Ritchie To Raise Loughinisland Search For Justice In Commons

South Down MP Margaret Ritchie (SDLP) intends to raise at Westminster the quest for justice by families whose loved ones were murdered 20 years ago in the Loughinisland massacre.

Ms Ritchie said the Government’s commitment to uncovering the truth about Loughinisland “is the litmus test on their real intentions about dealing with the Past”.

Speaking ahead of the anniversary tomorrow, the MP said: “The 18June will always be a very difficult and distressing date for the families and victims of the Loughinisland murders, and the wider South Down community.

“It will bring with it the additional heartbreak for the victims and their families, as twenty years on the police and the state have failed to deliver on two essential ingredients – the truth behind the murders on that night of six innocent men, and the issue of justice – making those responsible for this heinous crime accountable to the due process of the law.

“From my meetings and contact with the PSNI they have again offered assurances that they are determined to bring to justice those who planned and carried out this most awful crime. However, I feel strongly that three years into the PSNI’s formal review of the police investigation into the Loughinisland murders it is now incumbent on those of us within the political arena to call for an absolute priority to be given to the investigation and for a concentrated focus, that would appear to have been absent from this investigation, to be adopted by the PSNI’s Major Investigations Team at Gough Barracks.

“While justice is a devolved matter, this situation is of such a serious nature in that it has the capacity to undermine the PSNI and the British Government’s commitment to dealing with the past, that I plan to raise it directly with Prime Minister David Cameron.”