<![CDATA[ <p style="text-align: justify;" align="center">The Sinn Féin candidates for the Downpatrick District Electoral Area in the forthcoming local council election for the new Newry, Mourne and Down Council, Éamonn McConvey and Naomi Bailie, are welcoming the public to the Downpatrick launch of their local manifesto this coming Monday 14  April at 7.30pm in Denvir’s Hotel. 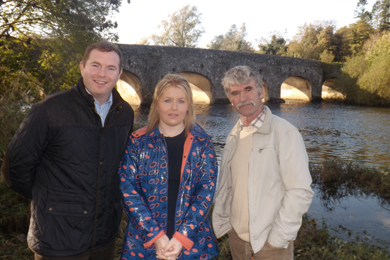 Speaking about the launch, election candidate Naomi Bailie said: “This event will give the public the opportunity to see some of the excellent plans that Sinn Féin hope to implement in the newly elected council, and will give transparency to the citizens of the district as to where Sinn Féin stand on the issues that are important to them.

“It is all well and good to give voters verbal promises and positions on their doorsteps but many parties tell the electorate one thing and then do another. In this manifesto, Sinn Féin have put in black and white a clear position on all the topics that affect people in Newry, Mourne and Down.”

Her running mate and current councillor, Éamonn McConvey, added: “This launch will feature a guest speaker and will allow for the public to engage with Sinn Féin reps on all of the topics outlined in the manifesto. I would encourage everyone to come along on the night and find out for themselves what Sinn Féin’s priorities are for the upcoming council term.”

South Down MLA Chris Hazzard said he was confident that the public would like what Sinn Féin have to say in their local manifesto and added: “We have an excellent team of candidates standing in the council election on the 22 May and this local manifesto will give the public a clear message of what these candidates will do for them if elected.