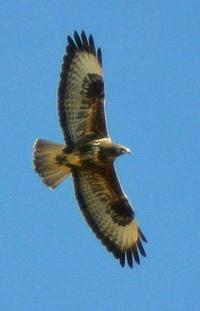 A buzzard has ben shot near Newcastle on 7th July. Police are following up inquiries.[/caption]

Police in Newcastle are appealing for information in relation to two incidents.

They are following reports of the shooting of a buzzard in a wooded area close to Dundrum Road on 9 July. The bird was found just after 1pm and appears to have been shot.

Also, Newcastle police are appealing for information following an assault in the Main Street area of Newcastle on 3 August. Sometime between 1am and 2am, a 17-year-old male was assaulted by another and he sustaining an injury to his nose.

Police are carrying out follow up inquiries and would appeal to anyone with information on either of the two incidents to contact them at Newcastle police station on the non-emergency number 101.

Alternatively, information about crime can be passed to the Crimestoppers charity anonymously by telephoning 0800 555 111.]]>