<![CDATA[ <p style="text-align: justify;">Political power may now have been re-aligned on the new Newry Mourne and Downe District super-council with the recognition of the Independent and the Alliance councillors as a separate political grouping.

With six councillors forming the group, this grouping is now the third largest after Sinn Féin and the SDLP, and well ahead of the main Unionist parties, the DUP  and UUP, who have only three each. 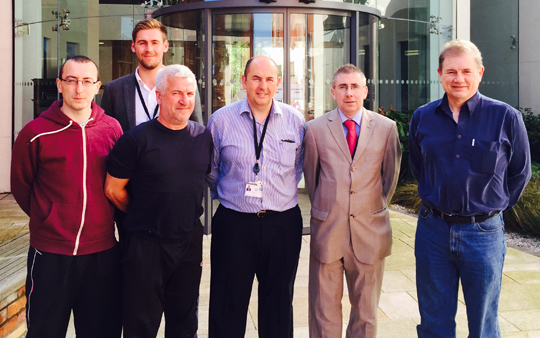 Councillor Brown said: “This is a very significant development and has already shown its worth in swinging the balance of power on important several local issues. This was clear most recently on the controversy over swimming lessons at the Leisure Centres in Downpatrick and Newry. The two old Councils of Newry and Mourne and Down District were traditionally dominated by Sinn Féin and the SDLP respectively… this will now no longer be possible in the new super-council.

“Our group will ensure that all issues are decided on the facts, and not on the basis of any one party’s ideology. Councillor Enright deserves praise in persisting with this campaign over 15 months and as a result I nominated Cadogan as group leader for the coming year, with Davy Hyland of Newry to succeed him next May”, said Councillor Brown.

Downpatrick Councillor Cadogan Enright has been acting as unofficial group leader for over a year, negotiating the agreement between the ‘Indy-Alliance’ Councillors and working with the leaders of the other political parties to secure agreement.

The grouping includes several significant other figures on the new Supercouncil including Jarlath Tinnelly from the Crotlieve Electoral Area who is chair of the Council’s planning committee, both Kevin McAteer and Davy Hyland from Newry Town Electoral Area and Patrick Clarke from the Sleve Croob Electoral Area.

“Official recognition for our group has taken some determined campaigning over the last year and ran up against many obstacles. However the unity of our group in most Council votes have often given us the balance of power. This has brought about a realisation within the other political groupings that it was a ‘done deal’ and recognition was now inevitable. This has resulted in considerably more influence both within and without the Council.”, added Councillor Cadogan Enright.