<![CDATA[ <p style="text-align: justify;">AT a time when a decision about the future of the Foyle Ferry service has been put on hold, and the funding for the Narrowwater Bridge is still being examined, there have also been questions raised about the viability of the proposed ferry development between Greencastle County Down and Greenore, County Louth, say local campaigners opposed to the ferry development for Carlingford Lough. The proposers of the ferry service, Carlingford Ferries, have hit back saying that the residents’ claims were fundamentally incorrect. 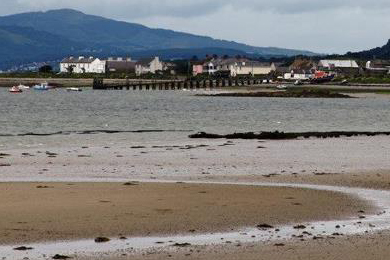 Residents in Greencastle, County Down, are concerned about the sustainability of a proposed ferry service between Co Louth and Co Down.[/caption]

The County Down Greencastle Area Residents’ chairman Diarmuid Cahill speaking about the Foyle ferry situation said:  “It is clear when you look at all the other ferry services in the North that such services can only survive if they are heavily subsidised by the ratepayer.

“Currently the Strangford Ferry service which is run directly by the Department of Regional Development has been operating at a loss and receives financial support in the region of £2m annually. The Rathlin Ferry service requires a subsidy of approximately £600,000 per year.

“The proposed cost of a single trip across Carlingford Lough is £10 to £12, similar to the current cost for using the Foyle Ferry Service, which as highlighted this week requires funding from the Government to ensure its long-term viability. With overheads for such services increasing substantially year on year – public liability, insurance, security, staff, energy, rent and rates, the only way to keep such developments afloat is either increase the cost per trip to the individual which results in less people using the service or obtain additional subsidies from the local council and/or government.”

The Foyle Ferry Service between Greencastle, Co Donegal and Magilligan Co Derry was set up in 2002 with EU funding. In 2004 the Foyle ferry service was operating with aupport of €156,000 from the local Councils. By December 2007, this subvention from the local councils had fallen to €75,123, forcing the operators to increase a single-journey fare from £5 to £10.

Politicians from Northern Ireland and the Republic of Ireland have met the Foyle ferry company operators last Friday (3 Jan 2014) to discuss the future of the 12-year-old service between Magilligan in County Derry and Greencastle in County Donegal because it is making unsustainable losses.

East Derry MLA John Dallat said:  “We need to find a short-term solution to ensure the service resumes in the Spring, but it is also imperative that Ministers in Dail Eireann and the Northern Ireland Assembly recognise the need to jointly fund the future operation of the service to ensure its long-term viability”.

A spokesperson for Carlingford Ferries responded to the claims of the Greencastle residents saying that the businesses case for the private venture did stack up.  Responding to the Greencastle Area Residents Group, the spokesperson said: “The proposed new Ferry service offers a significant economic and tourism generating opportunity and a much needed boost to the wider south Down and Louth areas.

“Both regions have been long starved of private sector investment. Unlike other ferry services mentioned, this is an entirely private sector funded initiative by promoters with more than 40 years’ experience in the ferry industry.

“The outstandingly beautiful coastal regions of the Mournes and the Cooley Peninsula have intrinsic natural attractions but restricted access to the area has been, and continues to be, a major problem. The Northern Ireland Tourist Board has adopted the Mournes as a Signature Project for its potential as a world class destination.  On the southern shore, Carlingford and the Cooley Peninsula is designated a European Destination of Excellence.

“Carlingford Ferries has engaged in extensive public consultation in respect of the ferry project and has always been happy to meet and discuss any genuine concerns of the residents in the Greencastle area. However the recent claims by the Greencastle Area Residents Group  about the viability of the proposed new service are erroneous, disingenuous and without foundation.

“Carlingford Ferries has been working on a proposed Ferry service between Greencastle in County Down and Greenore in County Louth for several years.

“We have conducted extensive financial, engineering and navigational due diligence and we are certain that the service is absolutely viable in the long term.  A significant investment has been made to date in assessing the need, the impact and the long term benefits for the locality.  If the Ferry project was not viable why then would we risk a private investment approaching £7,000,000 during a time of deep economic recession?

“This is a fantastic opportunity to open up a tourism link across Carlingford Lough and indeed an independent economic survey conducted in 2013 by Dr Pat McCloughan highlighted that the ferry service should create in the region of 24 direct jobs and at least 300 knock on jobs. It also suggests that the Ferry would create upwards of €10 million of additional annual spending in the region and would open up tourism and economic links between the two counties north and south of the border.

“The promoters behind the Ferry engaged extensively with residents on both sides of the border prior to submitting Planning Applications in both jurisdictions a process which is still ongoing. This engagement included hosting drop in events, public meetings, committee meetings, newsletters and postal updates. All issues raised by residents were looked at and where possible have been addressed including road infrastructure investment at the promoters expense.

“This project has not and will not be publically funded.  It is disappointing to see Greencastle Area Resident’s Group once again raising issues around viability which have been discussed at length and assurances made by the promoter.”