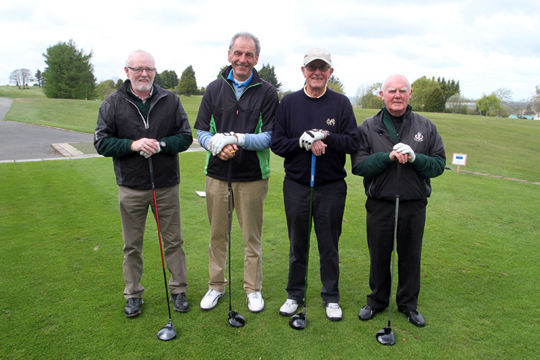 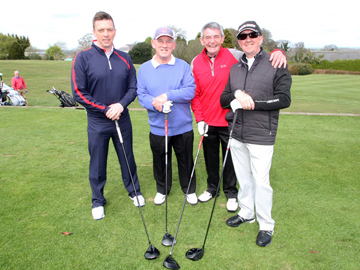 In third was Ken Mcnerlin’s team with 98 points beating John Curlett’s team on back nine count back.

The longest drive was won by James Curran who beat Gareth Malley winning golf balls and new putter donated by one the best all rounders the club ever produced and now one the top umpires in Ireland Alan Neill.

The prize for nearest the pin is always well contested and the fact its 12 bottles of the best cider on the market from Andy Boyd Kilmegan cider. 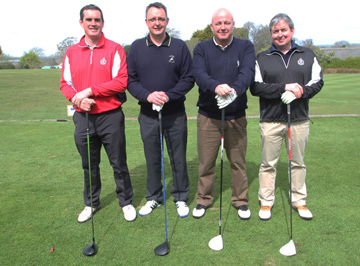 Ken McNerlin looked the likely winner but was pipped by club treasurer Stephen Calvert.  I’m sure he is glad his three sons are away so he will get to enjoy this superb drink!

Many thanks to the following sponsors: 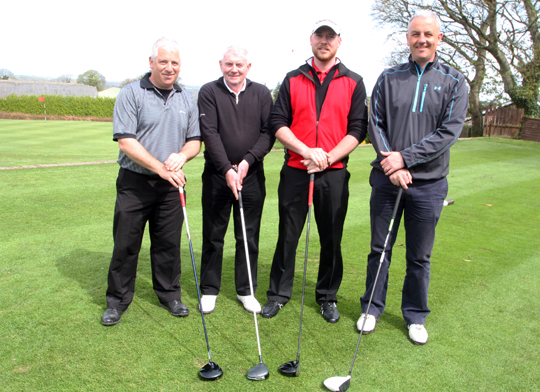