<![CDATA[ <p style="text-align: justify;">Newry Mourne and Down District Councillor Stephen Burns (Sinn Féin) recently brought a  motion to the full council meeting which received the full support of the chamber. It will have significant health implications for the South Down area as the new council shapes up this important health policy.

The motion read: “This Council understands the importance of mental health and that a policy will be drawn up to properly reflect the emotional, psychological, and social well-being of our staff and it will be paramount within the new Council. Furthermore, this Council commits to collaborative working with relevant outside partners to develop a comprehensive districts’-wide strategy on suicide. Finally, this Council reinforces the importance of this issue by marking World Suicide Prevention Day each year”. 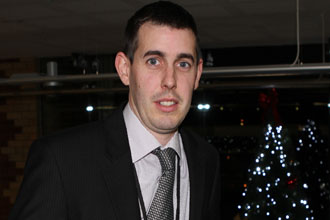 Councillor Burns said:  “According to the World Health Organisation (WHO), “Mental health is an integral and essential component of health.

“Their constitution explains ‘Health is a state of complete physical, mental and social well-being and not merely the absence of disease or infirmity.’ An important implication of this definition is that mental health is more than just the absence of mental disorders or disabilities.

“Mental health is a state of well-being in which an individual realises his or her own abilities, can cope with the normal stresses of life, can work productively and is able to make a contribution to his or her community.

“Mental health and well-being are fundamental to our collective and individual ability as humans to think, emote, interact with each other, earn a living and enjoy life.

“On this basis, the promotion, protection and restoration of mental health must be regarded as a vital concern of all in this chamber as well as, all the various communities that make up society as a whole.”

He then explained some background to the economics of mental health.

* Across these islands, stress-related disorders and mental strain is responsible for the loss of 6.5 million working days each year, costing employers an estimated 571 million EUR.

* In the Netherlands in 1998, mental disorders were the main cause of incapacity (32%) and the cost of psychological illness was estimated to be 2.26 million EUR a year.

* In 2007 the Sainsbury Centre for Mental Health estimates that the cost to employers across theses islands, due to loss of productivity in the workplace, due to the mental health issues is 18.1 billion EUR a year.

“But we must not put the economic benefit to tackling mental health issues to the side…  this is a social wellbeing and conscience issue. This Council needs to ensure that we have in place the mechanisms to tackle mental health issues in the workplace,” said Cllr Burns.

“According to “European Agency for Safety and Health at Work, there are two main areas to concentrate on:

“This council needs to insure we tackle:

* Mental health promotion: which is defined as, “the process of enhancing protective factors that contribute to good mental health”

* Mental illness/ disorder prevention: which aims to reduce the occurrence of mental disorders, or the risk of a mental illness. Doing this will decrease their impact on the individual, their family and society-at-large.

“And this motion calls on our Senior Management Team to correlate with the various bodies and interest groups, to ensure we provide the best possible environment for our staff. In my opinion this should include training for all staff on how to identify the signs of mental illness and what steps to take if you recognise these signs, in yourself or in others.

Councillor Burns also touched on the subject of suicide and explained: “In addition to mental health the new council needs to recognise the devastating effects of suicide in our district.

“Nearly 3000 people on average commit suicide daily, according to the World Health Organisation. For every person who completes a suicide, 20 or more attempt to end their lives. About one million people die by suicide each year. Suicide is a major preventable cause of premature death which is influenced by psycho-social, cultural and environmental risk factors that can be prevented through responses that address these main risk factors.

“There is strong evidence indicating that adequate prevention can reduce suicide rates.

“Locally, suicide has touched every part of our district. Although it is possible to see trends (for instance, it’s three times more prominent in males than females), suicide is an indiscriminate killer and effects all classes and creeds. This motion calls on Newry, Mourne and Down District Council to become trailblazers in a new District-wide strategy on self-harm and suicide.

“I’m not implying that Council takes on the responsibilities of the statutory agencies, but that we work in collaboration with them and the community and voluntary sectors to maximise outcomes.

“An obvious platform for this engagement could be the community planning responsibilities. I’m therefore asking that a Self-harm and Suicide prevention strategy be tabled at the initial community engagements and as an agenda item on the relevant council committee(s).

“This would just be the starting point for a proper strategy. As this issue is so important, I’d like to see the bones of the strategy in place by World Suicide Prevention Day taking place on 10 September. I think it will be useful both symbolically and to focus energies, it think it important that this council mark this day.”

Events and activities for World Suicide Prevention Day could include include a wide range of activities suggested Cllr Burns such as:

*  The launch of Newry, Mourne and Downs District-wide strategy on self-harm and suicide prevention, including launch of publications about suicide awareness and prevention.

*  Lighting up our civic buildings, and encouraging others to do the same.

The motion was unanimously supported by the councillors after a sensitive debate where some recounted their heartaches and experiences with suicide and mental health issues.