<![CDATA[EASTER is now over and the chocolate gone, although perhaps not entirely if there is an extra inch or two on your waist! Did you know that the recipe for milk chocolate was devised by Hans Sloane, born Killyleagh 16 April 1660 and was given by him to the Cadbury Brothers?  Killyleagh now celebrates the birth of this great man each year  by running a number of community based events. The 2013 celebrations kick off with the Hans Sloane Concert is in St John’s Church, Killyleagh, Thursday 18 April 7.30pm. Bob Ellwood, the Sloane 350 Chairman, said: This year we are turning to the human voice for inspiration. We have the Lindsay Chorale performing a range of popular songs from the nineteenth and twentieth centuries. The Chorale is accompanied by Gareth Lewis on piano and conducted by John Dallas. Further, Debra Stuart, an acclaimed opera singer, will include Bizet and Scottish traditional and songs from Kismet and My Fair Lady in her solo performance. [caption id="attachment_32541" align="alignleft" width="400"]<a href="http://www.downnews.co.uk/wp-content/uploads/2012/09/chocolate-festival_26.jpg"> 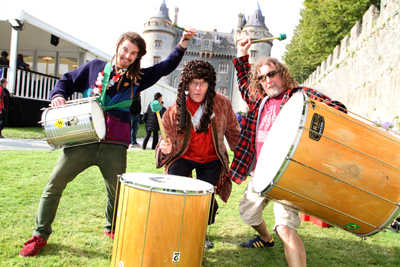 Joe McCardle and Paul Taylor of the Streetwise Circus Samba Band with Sir Hans Sloane aka Clive Scoular let loose of the drums at last year’s Chocolate Ball celebrations in Killyleagh. In the background is Killyleagh Castl;e when Sir Hans studied as a boy in the library.[/caption] “Also we are delighted that three local schools (Cedar IPS, Killyleagh Primary and St Mary’s Primary), under the guidance of Debra Stuart, are forming one 24 strong choir to surprise us with their growing talent. These three varied components should make for a brilliant evening of music in a wonderful setting with excellent acoustics. Tickets at £7.50 are available from Down Arts Centre, Beth’s Newsagents or Picnic. You can also call Liz on 028 44828229 to reserve a seat. “On Friday 19 April at 7pm we have the fourteenth presentation of the increasingly popular Hans Sloane Lecture series. The topic concerns the breeding of pedigree dogs to particular Kennel Club standards and consequent veterinary problems that artificial selection may bring. It should be of great interest to those with an interest in dogs or who just like to listen to a great talk on any topic. “The speaker is Dr Lisa Collins of Queen’s University and formerly the Royal Veterinary College London. Lisa is an expert on animal welfare who has written on dog-breeding problems and has awards for communication skills. As usual, this is in St Mary’s Hall, Irish Street, Killyleagh and it is free to all. We acknowledge the Cadogan Charity for their generous support.” The events contunue on Saturday 27 April with the prize giving of the Sloane Art Competition at Killyleagh Library. The theme is typically in line with the lecture theme and this year will be on dogs. Primary school children have been asked to draw, paint or make a model of their favourite dog at work, rest or play. Entries are to be received at the Library by 5pm on Tuesday 23rd April. Killyleagh Library will also be hosting an exhibition from Tuesday 9 April – 7 May 13 entitled Sir Hans Sloane: Physician, Naturalist, Collector. Bob Ellwood added: “Hans Sloane is not known just for his chocolate ideas. He was a man of huge importance in the 1700’s. He was a physician, naturalist and scientist. He tended the royalty court and the also the poor and was President of the Royal College of Physicians. He took over as President of the Royal Society from Sir Isaac Newton. He is honoured by Sloane Square in London and the British Museum was created to house his vast collections of natural objects and artefacts. “The Natural History Museum and the British Library now house the natural objects and his books respectively. With wise investments, he became a man of considerable wealth and influence. He owned the lands of Chelsea which have passed to his descendants the Cadogan family, who assist us with our celebrations. Sloane is a local lad who did very well. Check out the Killyleagh website at :   hanssloane.com 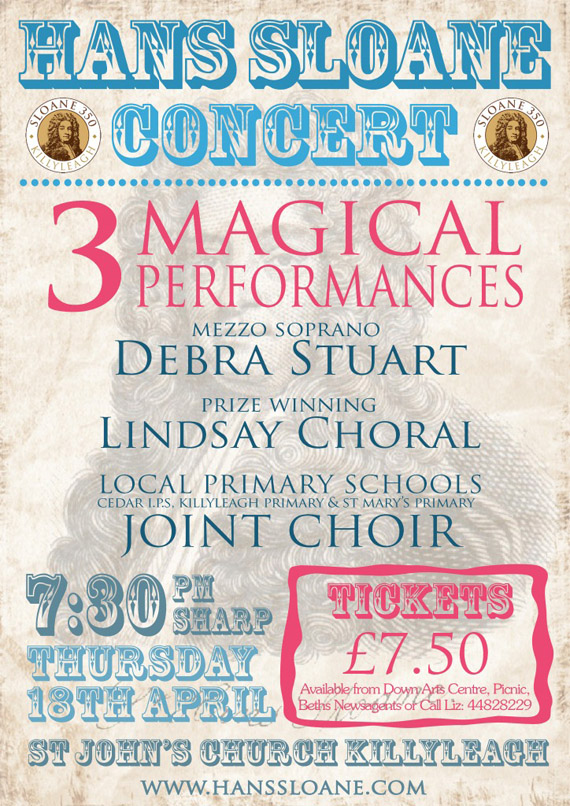 Health Minister Comments On Issues Of Our Cancer Services