<![CDATA[ <p style="text-align: justify;">THE Chairman of the Down and Newry Council Strategic Transition Committee, Down District Councillor Colin McGrath, has said that best value for the ratepayer is imperative when making decisions about the upcoming merger of the two councils.

Commenting after the recent Regional Transition Committee chaired by the Environment Minister,  the SDLP’s Downpatrick Councillor said: ‘The whole process of the merger of the councils involves many people from different organisations, agencies and government departments making decisions but yet the councils are, in reality, the only ones that directly face the ratepayer. As a result I believe it is essential that we must lead the charge to defend the interests of the ratepayer at these meetings during this process. 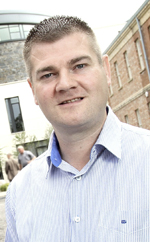 “The meetings of the Regional Transition Committee occur with little notice by the public yet the decisions taken at them have massive ramifications for local people.

“I was pleased, at the resent meeting, to have secured attendance rights (in the absence of Members) at the local Transition Meetings by substitute Members – meaning in practice greater accountability for the decisions that are taken locally.

“It was also clarified that there will be greater flexibility for Transition Committees to use Council reserves to pay for the Transition Process but on an equal and fair basis thus protecting the investment that ratepayers have made to date to such funds.

“It was also reported that the process of appointing the new Chief Executive of the Council will occur sooner rather than later – with the new incumbent hopefully being in position in our area early in the new year.

“Developments are taking place fast in this process, but local Council Transition Committee Members will continue to strive for the best interests of the ratepayer when participating in high level discussions with the department and other agencies,” added Councillor McGrath.