<![CDATA[ <p style="text-align: justify;">UP to almost 60 jobs may go at a leading County Down food business.

Crossgar Food Service, a leading foodservice supplier in Northern Ireland,  has announced (Friday 30 August) that it is consolidating aspects of its business with its parent company, Pallas Foods,  and will now trade as Crossgar Pallas.

The surprise announcement has come as a shock to many employees and families in the wider Crossgar area. A company spokesperson said that  it was steamlining its supply chain and meeting the needs of its growing customer base in Northern Ireland.

Up to 40 employees will be offered voluntary redundancy and a further 19 may face compulsory redundancy. 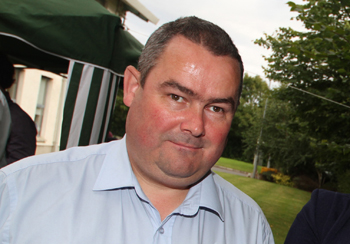 Councillor Terry Andrews has expressed his disappointment at the pending job losses at Crossgar Foodservice.[/caption]

Rowallene Down District Councillor Terry Andrews commenting on the announcement said: “I am saddened to learn of these proposed redundancies that were announced by Crossgar Foodservice.

“At a briefing on Friday past by very senior Management, I was informed  about the set of proposals which envisaged 40 voluntary redundancies across the company.

“My thoughts are with those affected especially in these hard difficult times. With the lack of jobs in the locality many are wondering where do we go from here? I do hope that any vacancies that will arise in the Crossgar Foodservice company over the coming weeks and months of those affected by these changes will be redeployed.

“I also welcome the news that local businessman Paul Bell, former owner of Crossgar Foodservice, is now heading up a new company called Lissara Farm Ltd, and all 46 Crossgar Poultry employees transferred over to the new enterprise on the 1 September past  and are working from the Kilmore Road site in Crossgar. This means that much needed employment and jobs are being kept in the local area,”  added Councillor Andrews.

The spokesperson added that the “consolidation will involve a number of significant developments for the business.

The spokesperson said that customer-facing employees with jobs in sales, telesales and drivers will not be affected by the changes  and added: “It is envisaged that Crossgar Foodservice’s meat production facility will close in Downpatrick and as a result may put 19 positions at risk of compulsory redundancy. The decision to consider closing the meat production facility is based on the scale of teh operation. To meet customer needs, Crossgar Foodservice will continue to supply meat products in Northern Ireland through strategic agreements with local suppliers.

“Following a significant investment ion technology, and an approach to streamlining operations in Northern Ireland, warehousing, sales support administration functions are also being consolidated. To this end, Crossgar Food Service is initiating  a process where it will seek approximately 40 voluntary redundancies in these areas over a phased period.  The re-organsation of Crossgar Foodservice will create seven full-time jobs in the short-term.

“These developments will have no impact on day-to-day customer and supplier interactions with Crossgar Foodservice.”

The spokesperson said that these decisions were “regrettably unavoidable” and would “align the Northern Ireland business of Crossgar Foodservice with its parent company’s core area of expertise… food distribution. This development with the parent company enhances distribution and product choice and provides improved value and a stronger, more compelling offering to customers. The business commitment to Northern Ireland continues to be strong with a guarantee to continue to source local products.”

Down District Councillor Colin McGrath has called on DETI Minister Arlene Foster to urgently assess all employment opportunities to see what can be delivered to the Downpatrick area in the wake of the restructuring of Crossgar Food Services and the potential loss of up to 60 local jobs.

Commenting on the recent bleak news, the SDLP’s Downpatrick Councillor said: “Downpatrick has very few medium-sized businesses and this restructuring of Crossgar Foodservices is a major blow to employment in the area.

“I appreciate that times are difficult for companies and market conditions are tough but I believe it is imperative that our government has done all is can to provide support.

“In the wake of the loss of such a large amount of jobs and the subsequent impact upon our local economy I would urge the DETI Minister Arlene Foster to do all she can to direct employment opportunities towards our area – we are long overdue some inward investment.”