<![CDATA[ <p style="text-align: justify;">Dare to pet a shark or have your photo taken inside a set of jaws?

Sharks are in the spotlight in Portaferry this coming week as Exploris Aquarium hosts Shark Week until Sunday 3 November with the hope of engaging with young people and turning them into shark lovers rather than shark haters. 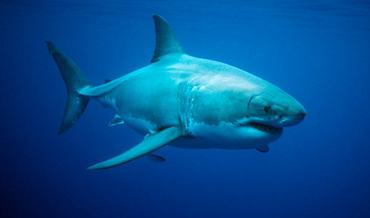 You will not find JAWS at the Exploris in Portaferry but there is a range of his other fellow members of the shark family all waiting for you to enjoy during Shark Week.[/caption]

Despite being among the oldest and most successful vertebrates on earth, sharks have been around some 420 million years. The last 15 to 20 years have seen an 80-per cent drop in the global shark population, and 20 per cent of the European species are on the verge of critical status for survival.

Of the 40 shark species found in European seas, many are threatened by intensive and illegal fishing, sport fishing and accidental capture, according to the World Conservation Union (IUCN).

Using a mixture of exhibitions, life size models, entertaining talks and fun activities, Shark Week aims to dispel many of the popular misconceptions of sharks as mindless man-eaters by showing the facts behind the fiction.

Aquarist Leslie Turner said: “We hope that the combination of coming face to face with living shark species, baby sharks, quizzes and our own fun shark activities will help to provide our visitors with a different view of these much-maligned predators. I’m sure that we will manage to convert some people into, if not shark lovers, then at least shark supporters.”

British and Irish waters are visited by around 30 different shark species – including the world’s second largest, the harmless Basking Shark, which can grow to over 12 metres.