<![CDATA[ <p style="text-align: justify;">The life and work of a nineteenth century philanthropist was remembered in a special church service held in St Anne’s Church, Killough, by the charity founded in his name which continues his work to this day.

The Charles Sheils’ Charity, which has provided sheltered accommodation to those in need for 150 years, was rededicated at the grave of its founder Charles Sheils following an £8,000 restoration. An unveiling of an interpretative plaque giving visitors an insight into the background of this unique but often overlooked local character was also held at St Anne’s Church on Friday 24 April. 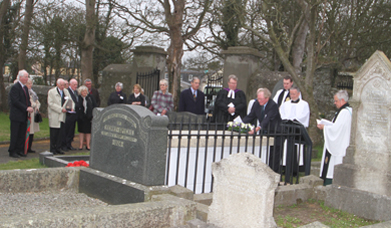 Peter Acheson, chairman of the Charles Sheils Society,  lays a wreath on the grave of Charles Sheils at St Anne’s Church in Killough following the redidication ceremony for the restoration of the grave.[/caption]

She said: “Charles Sheils was a Killough native, born in 1782, and spent most of his working life in Liverpool where he began as a general shipping and commission merchant. In 1819 he entered a trans-Atlantic partnership and his mercantile firm became very successful with premises in both Liverpool and New York. By 1829 they became one of the five largest mercantile firms in Liverpool and as a result amassed a large fortune.”

“This was a turbulent time in world and Irish history – the 1798 rebellion and the Act of Union was still fresh in peoples’ memories and the Napoleonic Wars were in full swing. The abolition of slavery was a key political issue and the Irish Famine was just on the horizon.

“Against this backdrop Charles and his wife Catherine visited Ireland often, and both were very active in the relief of poverty in both Ireland and in England. Charles had a very distinct social conscience and despite his wealth and status, deplored the evils of slavery and the horrendous conditions of the Irish tenant farmer.

“Charles retired from business in 1840, and following his wife’s death in 1850, he returned to Ireland and settled at Anglesea House, Killiney in south county Dublin where he died in 1861. He is interred in the family plot in the graveyard of Saint Anne’s Church in Killough village.” 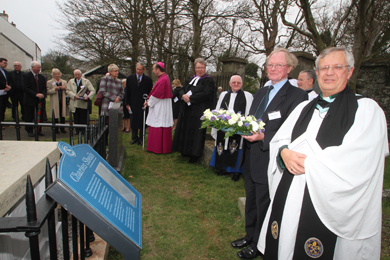 Peter Acheson pictured with the Very Rev. Henry Hull at the redidication ceremony in St Anne’s Church in Killough.[/caption]

Mrs Moore added: “Charles was a wise and shrewd investor with shares in Irish, English and American railway, hotel and bank stocks. These and his business fortune allowed him to be a very generous benefactor. He continually made substantial contributions to charities and, appalled at the conditions faced by those who fell on hard times in the workhouses, was determined that his work should continue after his death.

“In his will, compiled in 1846, Charles outlined his intentions… ‘I propose building alms houses…first, to relieve as many as I can of those who from their former lives are entitled to a better provision in old age than the Workhouse and secondly, with the hope (should my scheme work as well as I expect it will do) that this little move may be followed by others, who even at this moment are anxious to assist the poor people, but find a difficulty in knowing how it can be accomplished.’

“The executors of Charles’ will were faced with a daunting challenge due to the complexities of this, but they were eventually successful in bringing his vision to fruition with “Charter status” being conferred under the “Charles Sheils Charity Act” of 1864 and amended in 1866. 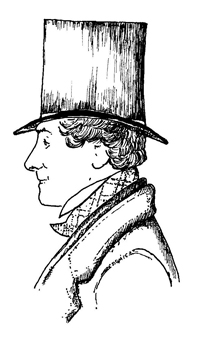 “Five sets of almshouses, designed by renowned Belfast architect Sir Charles Lanyon (designer of Queen’s University) were instituted under the provisions of his will – firstly at Killough followed by Carrickfergus, Dungannon, Armagh and Stillorgan, county Dublin.”

Mr Peter Newton Acheson, Chairman of the Charles Sheils charity, and himself a descendent of Charles’ wife Catherine Newton’s family, added: “Right from the start Charles’ vision was cross-community and non-denominational, in a time when division and suspicion was rife – the Charity was incorporated with the Archbishop of the Church of Ireland, the Archbishop of the Roman Catholic Church in Ireland and the Moderator of the Presbyterian Church as Governors of the Charity – almost unique in its inclusive nature – a spirit of co-operation that continues to this day with representatives of those three churches all attending the service of remembrance.

“150 years later, especially with the recent economic recession, we still find there is a strong need for Charles’ vision, and the Charity is currently undertaking a wholesale restoration and sympathetic refurbishment programme to bring these listed houses in the five sites up to modern standards, with Killough currently undergoing major works which will bring more houses back into use for those in need.”

Mr Acheson concluded: “Charles was ahead of his time and his vision for an ecumenical charity which, despite the political and religious upheavals of the nineteenth and twentieth century in Ireland, continues in the form Charles set down in his bequest.

“As a commentator posthumously observed of Charles’ charitable endeavours in 1869 ‘in his prosperity he recollected those who adversity marked out for its own‘, and this service marks our thanks to our founder for that vision and is a statement of our intent to carry on that good work.” 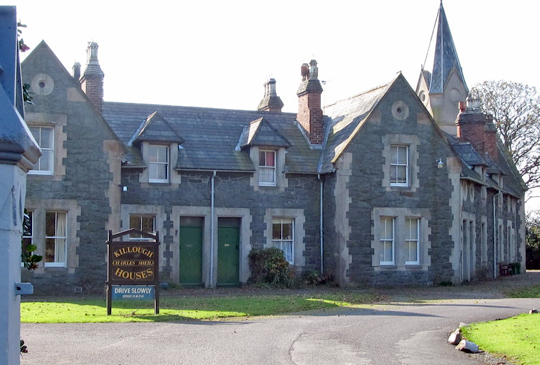 The Sheils houses in KIllough.[/caption]]]>

A24 Carryduff Road To Get Road Improvement Scheme