<![CDATA[ <p style="text-align: justify;">SOUTH Bank Playhouse is making a visit to Newcastle to perform Come Blow Your Horn, Neil Simon’s first ever hilarious comedy straight from the 1960’s, as part of the Summer Season.the show is running for two nights, Friday and Saturday 26-27 July at 8pm. 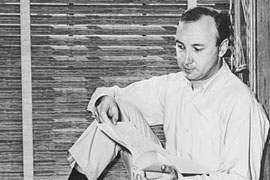 Neil Simon in the sixties.[/caption]

In a time before Sex and the City and after Mad Men, Alan was living the life of a girl chasing bachelor in the swinging sixties in New York City. When his inexperienced younger brother comes to town, it’s time for Alan to school Buddy in the ways of the world.

All too soon though, the student becomes the master, and Buddy is a hit with both the ladies and his brother’s liquor cabinet. As their meddling parents wade into the fray, and the consequences of Alan’s previous conquests begin to hit home, “a change is gonna come”.

Light hearted, hilarious and perfect for summer audiences, Come Blow Your Horn was Neil Simon’s first ever play. It premiered on Broadway in 1961, although audiences may be more familiar with the 1963 film version, starring Frank Sinatra, Lee J. Cobb and Bond girl in waiting, Jill St John. 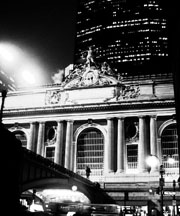 Come Blow Your Horn will be performed at the the Newcastle Centre, Central promenade Newcastle.. To book, ring the Down Arts Centre Box Office  on 028 4461 0747 :

or tickets are available in person from the Tourist Information Centre, Central Promenade, Newcastle.