<![CDATA[ <p style="text-align: justify;" align="center">THE Kilmorey Arms Hotel in Kilkeel was the venue for the latest and third First Flight Wind Community Stakeholder Panel meeting as part of the consultation process into the initiative for a marine windfarm off the East Down coast. 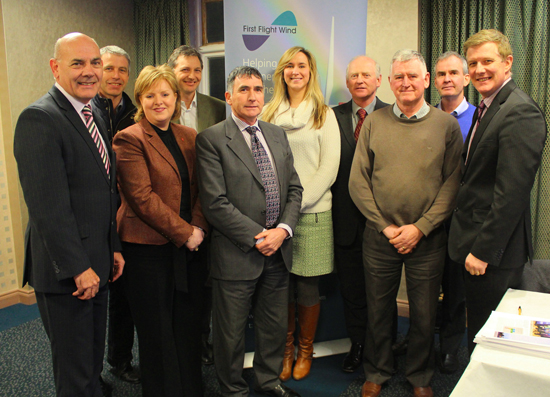 At this meeting, members of the FFW Community Liaison Team updated the Panel on the development of the offshore wind project, and gave them an overview of the second round of consultation which commenced on 9 September and concluded on 31 October 2013. During this second round of consultation, FFW held eight Information Days, and encouraged those who attended to complete a questionnaire to record their views. Around 725 comments were received from members of the public during this period.

Dr Conor Patterson, Chair of the Stakeholder Panel said: “As an independent Panel, it is our duty to ensure First Flight Wind continues to engage with local communities and inform them about the development of this offshore project”.

“This meeting was an opportunity for us to learn more about the findings of the second round of consultation activities, and discover how the comments made by members of the public were captured and reviewed ahead of a summary report being published. Importantly we had the opportunity to review and comment on how First Flight Wind’s community engagement plan is working.”

Panel members are independent of First Flight Wind and their remit makes clear that members can participate in the Panel whatever their views on the project. The Panel is mae up of local individuals with a mix of experiences and backgrounds…  for more information visit: