<![CDATA[ <p style="text-align: justify;">The NI Badger Group has issued a statement on Bovine TB and culling and has attacked “scaremongering” about Bovine TB.

Peter Clarke, coordinator for the Northern Ireland Badger Group said that the group is an independent voluntary conservation which draws its membership from all walks of life, including the rural and scientific communities. The core objective of the group is the conservation and protection of badgers. It has a longstanding commitment to engage constructively with industry and government in a spirit of good faith, common ground and mutual understanding. 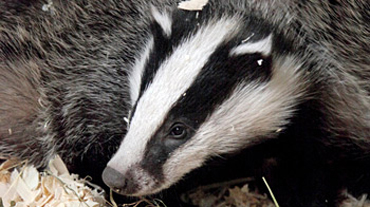 Badgers are in the spotlight as the DARD TVR project unfolds.[/caption]

“We advocate, and are committed to supporting, an evidence-led strategy for addressing bovine TB in cattle. In that context we have a number of concerns, not least the continuing pressure from some individuals and groups to conduct a programme of badger culling in Northern Ireland similar to those carried out in SW England and the Irish Republic.

“We totally support the DARD TVR initiative (test and vacinnate or remove). It is a good objective study.”

“We do not believe that badger culling will have any impact on bovine TB in cattle nor is there any evidence to support claims that current badger culls have contributed to bovine TB control in Ireland or Great Britain.

“We believe there is an unjustified and disproportionate emphasis placed on the role of wildlife in the persistence of bovine TB within cattle. For example, biosecurity seems to have been redefined by industry as wildlife control when, in reality, it refers to infection control in the context of best practice in farm management and animal husbandry.”

Peter Clarke added: “We also have concerns with regard to the large amount of scaremongering and misinformation about bovine TB that is peddled as fact in the public domain. Bovine TB is NOT a public health issue. Bovine TB is FALLING in Northern Ireland. In the last two years, herd incidence has fallen faster in Northern Ireland than in the Irish Republic where over 100,000 badgers have been culled.

“Bovine TB is, understandably, an emotive topic. However, any strategy is only as effective as the quality of the information and data it is based on. Consequently, fact-based evidence and objectivity is paramount to establishing an effective bovine TB strategy in Northern Ireland.

Around 94% of farmers who have responded in the TVR area gave their permission to allow the Department access to undertake the TVR research project on their land.

TVR has the broad spectrum support of farming, veterinary and environmental representative stakeholders.

A DARD spokesperson said: “In Year 1 of TVR there were 630 capture events in the TVR area. This was made up of 280 unique badgers plus 350 re-captures, with some badgers being re-captured on more than one occasion. All badgers were sampled, micro-chipped, vaccinated and released.

“A summary report of Year 1 TVR field activities is being prepared. This will be made publicly available on the Department’s website when finalised.

“The TVR project is a 5 year study to accumulate information and data. We cannot therefore commit to releasing interim findings as this could lead to premature and potentially inaccurate speculation about TVR and its effects. All the data must first be collected, analysed, considered and understood before release. A final report is anticipated for late 2019.

“TVR is not a cull, although some badgers will be removed from Year 2. It is envisaged that the TVR field activities for Year 2 will commence in June 2015. Captured badgers which test positive for bovine TB will be euthanised. All TB test negative badgers will be vaccinated, even if they were vaccinated in Year 1, and then released.

“We have no plans for a badger cull here and are monitoring the position in Britain. The badger is a protected species and any direct interventions in the badger population would need the agreement of the DoE, Environment and Heritage Service.

“The TB Strategic Partnership Group was established on 30 September 2014. The Group has been tasked to act in the public interest to develop a long term strategy for the eradication of TB in cattle within the north of Ireland. It is anticipated that the Group will issue an Interim Report for consultation in June 2015, with the aim to produce a final TB eradication strategy by December 2015.”

Comber Man Takes On Power Of 4 Challenge For Childline