<![CDATA[ <p style="text-align: justify;">Volunteers from Lecale Conservation have pledged their support to Keep Northern Ireland Beautiful’s BIG Spring Clean 2014 and will be holding a clean-up of Minerstown Beach on Saturday 22 February. 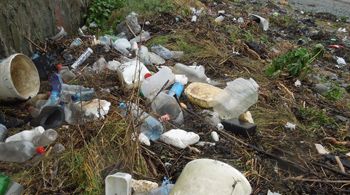 Spring clean time: Down’s beaches are loaded up with rubbish after the many storms this winter. [/caption]

“Exceptionally high tides and backing winds have resulted in huge amounts of flotsam and jetsam being washed up on our local coastlines. As well as being very unsightly, plastic litter in particular poses a great danger to sea life. It could be a blessing in disguise that the big tides have thrown so much of this plastic waste high up the shore where we will can easily lift it.” explained Doris Noe of Lecale Conservation.

She added: “We hope to see many new volunteers joining in as this will be of real benefit to the marine environment. The option of doing nothing simply does not fit with the notion of this stretch of coast being an Area of Outstanding Natural Beauty, a designation many people campaigned for.” 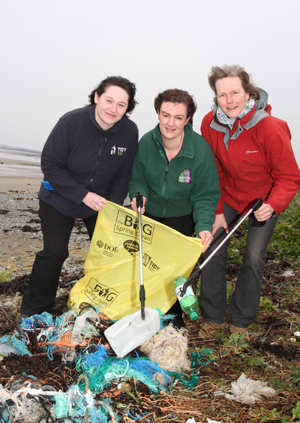 “The group of passionate volunteers will meet at the steps leading down to Minerstown beach, half-way between Rossglass and Minerstown Tavern. Litter picking equipment will be provided on the day by Down District Council and Keep Northern Ireland Beautiful.”

The BIG Spring Clean aims to mobilise 100,000 volunteers this year making it the most ambitious litter lift ever.  www.bigspringcleanni.org

The charity also runs the BIG Spring Clean, the largest volunteer clean-up campaign in Northern Ireland, which involved over 50,000 volunteers in 2013.  The target for 2014 is to involve 100,000 people.

BIG Spring Clean 2013 mobilised over 53,000 volunteers in clean up events across Northern Ireland, double the number in 2012, and removed an amazing 163 tonnes of waste from our streets, coastal and rural areas. In 2014 they  aim to engage with 100,000 volunteers, so they need you to be part of something BIG.