<![CDATA[Down District SDLP Councillor Eamonn ONeill has spoken out in support of the decision to defer bringing welfare reform to the floor of the Assembly until it is “made more suitable for Northern Ireland”.<a href="http://www.downnews.co.uk/wp-content/uploads/2013/04/welfare-reform_screen1.jpg"> 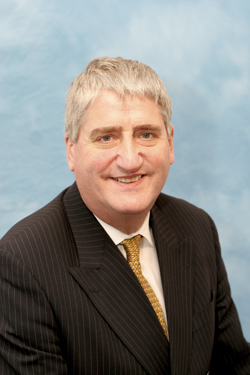 Councillor Eamon O’Neil has welcomed the deferral of the Welfare Reform Bill in the Assembly.[/caption] Councillor ONeill said: “We in the SDLP championed the ‘benefit take-up’ campaign in the 1980’s and subsequent years. We have been consistent in our objections to the proposed welfare reform bill.  We have lobbied that these draconian Tory cuts will only further alienate the vulnerable and weak in our communities and will be a retrograde step back in time for our society.

“Whilst I clearly welcome the fact that the Minister has agreed to defer the bill until it can be made more suitable, I have my reservations about the Minister’s ability or desire to do anything positive about the matter.
“We are in no doubt that the system needs to be reformed but the current proposals would have devastating consequences for our communities.  The Minister needs to go back to the drawing board and come up with a fairer bill”.

The Welfare Reform Bill has been under scrutiny by many parties and organisations and recently the Welfare Reform Group, an umbrella group campaigning for progressive and positive changes to welfare policy, has added its concern to the unfolding of the Bill in the UK and in Northern Ireland. The Group recognises that the NI Assembly has some flexibility in introducing the Bill in mitigating its harder effects.
In Northern Ireland there is a current high level of austerity in a number of areas:
* there is evidence of multiple disadvantage and deprivation
* there are higher trends of economic inactivity and lower average wages
* there is a great level of mental health problems and disability
* there is a lack of flexible and affordable childcare provision.
Added to this, the Welfare Reform Group indicated that the Institute of Fiscal Studies identified Northern Ireland as “the hardest hit by tax and benefit curs announced and to be be implemented by April 2014/5 because of the higher number s in receipt of disability and families who will be affected.”
The Welfare Reform Bill aims to introduce Universal Credit which is a monthly benefit. Payment will be made monthly in arrears to someone in the household, but in 2012 the DSD Minister announced bi-weekly payments could be made and the Welfare Reform Group has welcomed this.
For non-compliance of the Credit, sanctions up to three years can be applied, and again the Group has urged the Assembly to introduce legislation to soften the introduction of this aspect of the Welfare Reform Bill. The childcare infrastructure should be upgraded to keep in step with the rest of the UK in order to ensure that there is no disadvantage in the system for parents trying to get back to work.
The contentious ‘bedroom tax’ has also caused widespread concern and Housing Benefit will be limited if a claimant is living in a house larger to their needs. On a projection, the NIHE has estimated that 26,168 tenants will be affected. The Welfare Reform Group added that this measure should not be included in the Bill as there should be options for tenants to argue their cases if they have legitimate use of the rooms eg required for medical purposes, for foster caring, a family member returning home.
Also. the Bill is replacing DisabilityLiving Allowance with Personal Independence Payment (PIP). With over one fifth of people in Northern Ireland registered as having a disability and 6% of children, this figure is the highest in the UK. The government aims to reduce DLA expenditure by 20% and a private agency will be contracted to handle this change process.
The Welfare Reform Group has therefore asked the Assembly and Executive to keep an eye on the development of this aspect of the Bill and monitor the impact of PIP, ensuring PIP assessment reports are right first time.
]]>