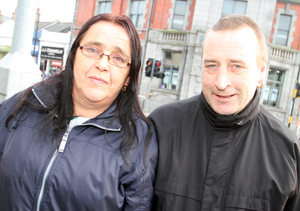 There was a unanimous agreement among the respondents during a Downpatrick street survey on the Downe Hospital and health by Down News that the political process is failing the people of District District  writes Orlaith Clinton, a workplacement student from the Assumption Grammar School.

A number of people responded in the vox pop survey many commenting on the recent problems around the Downe Hospital, all of which generated the same anxieties and concerns. 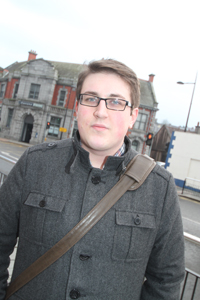 During the survey, we were struck by the difficulties that ordinary people have faced, due to these ongoing problems such as accessibility to services.

With recent proposals emerging from a Special Council meeting that the Downe hospital could be turned into a centre for the elderly who suffer mainly from chronic illnesses instead of the original vision by local campaigners for the Downe for it to be an ‘acute hospital,’ it was built as an advanced local hospital but many felt it is today struggling to maintain this status.

Marlene McDowell from Downpatrick said: “I suffer from an alcohol problem and occasionally get bleeding in my stomach and need to be rushed off to hospital. If I went to an A&E in Belfast I could be waiting up to three hours for treatment which is very concerning. 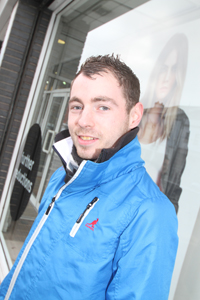 “In getting to a Belfast hospital on mu own I have to ask people for lifts and this can be costly. Paying a taxi is out of the question for me. I just have to call an ambulance especially when the Downe A&E is closed. I just don’t know how people are coping with the restricted hours at the Downe A&E. Some people must be suffering on account of this.”

Aaron Mulhern from Crossgar emphasised that “We live in an area that has an increasing youthful population.

“I would say the idea of a ‘centre for the elderly’ in the area surrounding the Downe Hospital may be OK, but  the closing down of the Downe’s main coronary care unit and Accident and Emergency unit in evenings and weekends being open limited hours is a big loss for the area which would in fact undermine the idea of the hospital providing essential services for the elderly. 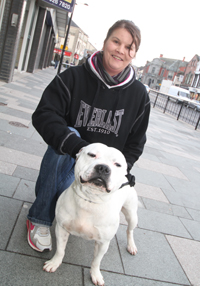 Downpatrick man Mark Walker raised the issues relating to travel. He stressed from personal experience that, “With no car, it is difficult and costly to travel up to the Ulster or Royal Hospitals, when the Downe is shut, especially with young children.

“And Translink should organise a bus service to Dundonald, seeing there is none now. This way it would be less hassle to travel to the hospitals in case of emergency and would make life easier for those visiting.”

Alannah Ainsworth also from Downpatrick expressed her serious concern with the lack of a 24/7 A&E. Alannah told Down News of her significant mental health issues and explained how the cuts to the Downe hospital have had a serious effect on her everyday life. 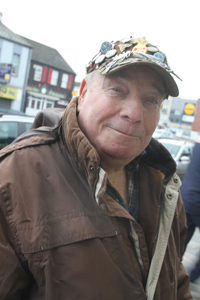 She said: “I take sick at the worst of times and at night. It just comes over me and when this happens I have to wait for the ambulance to come and get me. I could be waiting for over 25 minutes sometimes in a distressed state.

“So travelling to Belfast even on public transport is too difficult for me and puts me at a serious disadvantage in having to travel to the belfast Hospitals. And I am faced with the cost of paying people of getting taxis which is extremely expensive.” Alannah raised a concern about the political process, and said: “wasting money on the new building at the Downe hospital when it isn’t offering what was promised to the  people of Downpatrick and surrounding areas is quite sad. I know there are a range if useful services there, but the key ones are being eroded.” 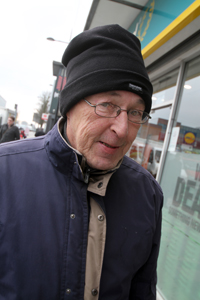 It is not only the people of Downpatrick that have expressed their views on this matter. David McNight, who lives in Newcastle, explained that he has had “many experiences of being a patient in the Downe” and as an patient, was “very happy with the treatment” he was given and praised the nurses and staff.

He then went on to explain “There is a huge problem with transportation to and from the hospitals, whatever one it is you are going to. The buses don’t suit. It really is shocking! Accessibility is a fundamental issue that needs to be resolved.

Kieran McPoland from Downpatrick spent 25 years working as a nurse in Canada and the UK. Mr McPoland , said that his father “would not have survived a serious major heart attack and a further four heart attacks if it wasn’t for the Downe Hospital being close at hand and the team of doctors and nurses.

“The option of going to the Downe takes pressure off staff at the Royal and Ulster Hospital. We really need first class coronary care services in our area and the Downe hospital should be delivering on this. This coronary care unit is very much needed here. I imagine lives may be lost in the long-term because of the distance we have to travel from rural areas to the Ulster and Royal.”

Just by scratching the surface in Downpatrick, a few respondents have expressed their deep concerns about the state and uncertainty of the current health services being delivered at the Downe hospital. The general feeling is that 24/7 A&E needs to be brought back along with a dedicated coronary care ward.

These ideas will no doubt be voiced at the Love the Downe march to be held on St Valentine’s Day on 14 February.