<![CDATA[ <p style="text-align: justify;">The Grand National on this Saturday is undoubtably the most famous race in the world, a real spectacle to behold for any racing fan in the jumps racing calendar.

Lottery became the first winner of the Grand Liverpool Steeplechase back in February 1839, in which horses had to jump a stone wall, cross a stretch of ploughed land and finish over two hurdles – subsequently becoming known as the Grand National. The current modern day course is staged over conventional fences and hurdles.

Last year’s spectacle attracted a worldwide audience of over 600 million people! The Grand National is totaling unscripted and a truly captivating race for the very novice and expert alike, a rich historic tapestry compiled of unpredictable winners and unforgotten stories. This year’s drama is yet to unfold, with the eventual winner set to be immortalised in the history books. 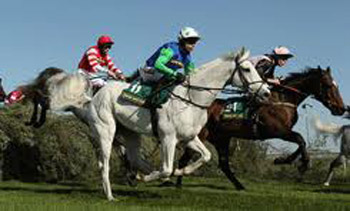 The Grand National is on this Saturday – Irish Racing Preview helps you select a winner.[/caption]

This year the Crabbies sponsored Grand National will boast a seven-figure prize fund for the first time. Crabbies is part of the Halewood International group which was founded by the late John Halewood, who owned the 2004 Grand National winner Amberleigh House, trained by Ginger McCain.

With so many variants to be considered when making a selection in this race it is quite difficult to advise anyone, never mind yourself, who to side with. You could have the best strategised selection taken down by a novice faller or blocked off by the sheer volume of horses in this 40 horse field, therefore, I have identified some guidelines to follow when making your selection.

A review of the last 10 runnings of the Grand National, have led us to determine the following characteristics:

Also worth taking into consideration

*  Only 5 lady jockeys have completed the course,

*  Only 3 grey coloured horses ever to taste success,

*  Only 9 winners since 1970 have started at prices of 10/1 or less but only 7 winning favourites have succeeded in this period,

It is always advised to look for a runner who has been aimed at this race all season with particular attention given to those who have run over hurdles in the current year.

Trainers will run their Aintree hopefuls over hurdles during the campaign leading up to the Grand National, in an attempt to protect their handicap mark. Horses have different handicap ratings for running over hurdles/chases. In practice, should a horse run well in a chase event at the beginning of the season then their handicap mark will be increased which will make their chance of winning that deal harder. Horses of note can also be run over hurdles prior to the Grand National in the pursuit of sharpening their fitness.

A horse’s stamina and jumping ability are considered two of the most crucial elements in the makeup of any NH horse, more critically evident in a Grand National contender.  Older horses lack the speed of their younger rivals, but have stamina in abundance but their age and the occasion may catch them up. The peak for a staying chaser is thought to be around 9 – 10 years old, with that being said – 13 winners in the last 18 years have been aged 9-10, with no horse older than 12 winning in the last 88 years. Experience will play a major role in the outcome when navigating this difficult course. The key focus here is on horses between the ages of 9-11, as in 2011 when no fewer than the first 10 places being occupied by 9-11yr olds.

The Grand National is one of the  longest and most gruellingl handicap races in jump racing. The weight allowance to be carried by the horse is one of the most crucial factors when analysing the chances of success. Not only will the horse have to carry the weight but possess the ability to jump these hugely difficult obstacles while competing for space with their rivals all the while maintaining momentum. It is a simple truth that horses with limited jumping experience don’t win the Grand National.

Therefore we should look to the race history of a runner in the search for chases in which they have competed – with no previous winner having competed in less than 10 chases prior to Aintree.   A good indicator is the fact only seven horses have carried more than eleven stone to victory since 1970, so we look to those horses carrying below 11-6 with a rating of between 136 and 157.

After the rigours of a long tough season and the exercitations of Cheltenham a month previous, it can’t be expected of a horse to perform to their best when up against a field of 40 in a marathon race. The race is designed to be a tactical one; horses who haven’t reached their peak level of fitness will struggle. A horse needs to be able to stay the distance, jump well and most importantly avoid any fallers, all while carrying an allotted weight. It is worth taking time to pay attention to the trainers who are continually producing staying chasers, especially those who aim their horses for Aintree. It is common to see some horses who have raced at Cheltenham the previous month appear at Aintree, but again a horse may have been aimed to peak at Cheltenham rather than Aintree. If they endured a tough run at the festival then I feel they should be avoided as 3 to 4 weeks may not have been enough time to recover.

Taking all the above into consideration, alongside form studying and pre-race analysis – all selections could be down after the first fence! Here are my selections:

This is the one day of the racing calendar when not just the racing fraternity but two thirds of the Irish/UK population has a flutter, so best of luck when making your selection, also there hasn’t been an Irish trained winner since Silver Birch back in 2007 so let’s hope that can be remedied come Saturday!