On Saturday evening at a retirement dinner held in the Dufferin Arms in his honour, he thanked local sponsors Denis and Christine Lynn of Finnebrogue Meats, Down District Council, NITB and everyone who played a part in making the festival such a success, with their invaluable support. 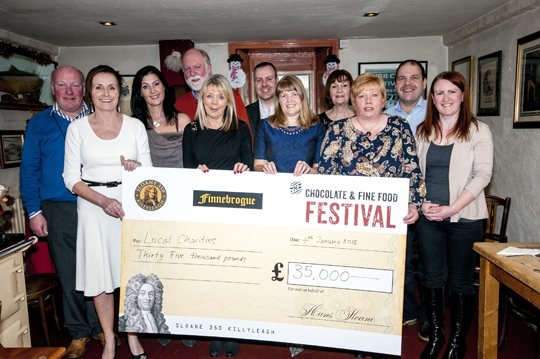 Sloane 350 was formed in 2010 to organise events in Killyleagh to raise the profile of Sir Hans Sloane, founder of the British Museum and inventor of milk chocolate on the 350th anniversary of his birth in his birthplace in KIllyleagh. The next event will be the annual Hans Sloane Lecture entitled “Cuckoos, Cuckolds and Cuckoldery“ which will take place on the 355th anniversary of Sir Hans’ birth Thursday 16 April 2015 with special guest speaker Prof Bob Elwood, QUB. 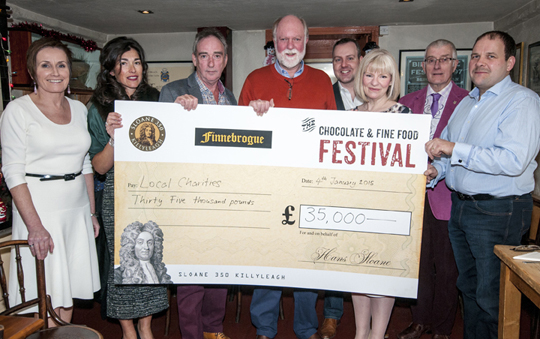