The second of two Summer Recitals was given in Down Arts Centre on June 27.

Titled Songs of the Glens and a little bit of Opera, it perfectly complemented the previous week’s Recital, an account of which was published here, at Down News, on June 21.

The first two songs set the tone and the pace: Carl Hardebeck’s celebration of one of the nine Glens of Antrim – The Song of Glendun – the one just above Cushendun, with its Lanyon viaduct-style bridge.

Hardebeck, who was a Londoner, and blind from infancy, was a classically trained composer and arranger who embraced the revival of Irish traditional music.

Very neglected since his death in 1945, it is long past time to give him due credit for his musicianship, which was seen and heard to great effect, for over 50 years, in Belfast, Cork and Dublin.

Eugene O’Hagan’s second song was much more familiar to the capacity audience on the day: Benjamin Britten’s arrangement of Yeats’ poem Down by the Salley Gardens.

Kathleen Ferrier was one of the first to record this exceptional art song, in the late 1940’s, and two months ago it appeared on Debra Stuart’s first solo album.

Debra herself then took to the stage with two songs from her native Scotland: the Eriskay Love Lilt, one of the songs collected and transcribed by Marjory Kennedy-Fraser for her collection ‘Songs from the Hebrides’; and Robert Burns’ O whistle an’ I’ll come to ye.

These were followed by Hamilton Harty’s song about cutting, withering and burning Sea Wrack, which closed the circle by taking us back to the Sea of Moyle and Cushendun. 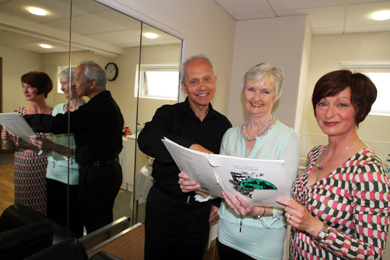 At the recital in the Down Arts Centre were special tenor Eugene O’Hagan with pianist Elizabeth Bicker and mezzo-soprano Debra Stuart.[/caption]

Finally, in this part of an innovative and engaging programme, we heard two traditional airs, favourites of Eugene O’Hagan: My Lagan Love in Harty’s classical-style arrangement, first recorded by John McCormack over a hundred years ago – a perfect travelling companion for the earlier Salley Gardens – and then Song in Exile, by Northern Ireland composer Dorothy Parke, who is perhaps even less well-known than Carl Hardebeck.

The second part of the programme was much more operatic in theme.

And Siébel’s aria from Gounod’s opera Faust (1859), Faites-lui mes aveux, yet another operatic ‘flower song’ (although Siébel had no luck with flowers, as they shrivelled up in his hands).

Eugene O’Hagan’s aria choice was from an opera I’ve never heard performed in Ireland (although it did surface in Wexford in 1975).

This was Lalo’s Le Roi d’Ys (1888) and we had the aubade, or morning love song, of a knight courting a Breton king’s daughter, Vainement, ma bien-aimée (an evening love song, by the way, is a serenade).

The Prithee, pretty maiden duet from Patience came next and so we were two encores short of an hour’s excellent music making.

And this well attended and well appreciated Recital ended with Havelock Nelson’s equally amusing Dirty Work, and its strange recipe for tea, which I think was written for the late Bernadette Greevy.

For the record, Eugene O’Hagan is singing Ko-Ko in The Mikado and Sir Joseph Porter in HMS Pinafore at the International Gilbert & Sullivan Festival in Buxton Derbyshire in August. 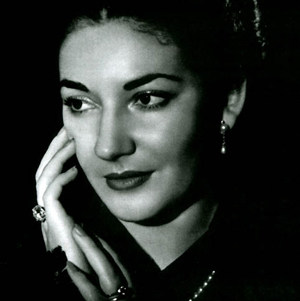 Where The Heart Is – Songs of Scotland and Ireland was released in April.

Tickets and directions are available from the promoter derekneilson@eircom.net

The Life and the Voice of MARIA CALLAS (1923-77) A Musical Tribute to mark the ninetieth anniversary of her birth, with examples drawn from major operas that she performed on stage, or recorded in studio: Norah King soprano Anthony Byrne piano George Fleeton producer/presenter, on behalf of the Maria Callas International Club www.callasintclub.com Friday 05 July 2013 8.00 p.m.

Lockdown In The Matrix By Csilla Toldy

Down Groups Scoop Support From Lottery To Fight Covid-19